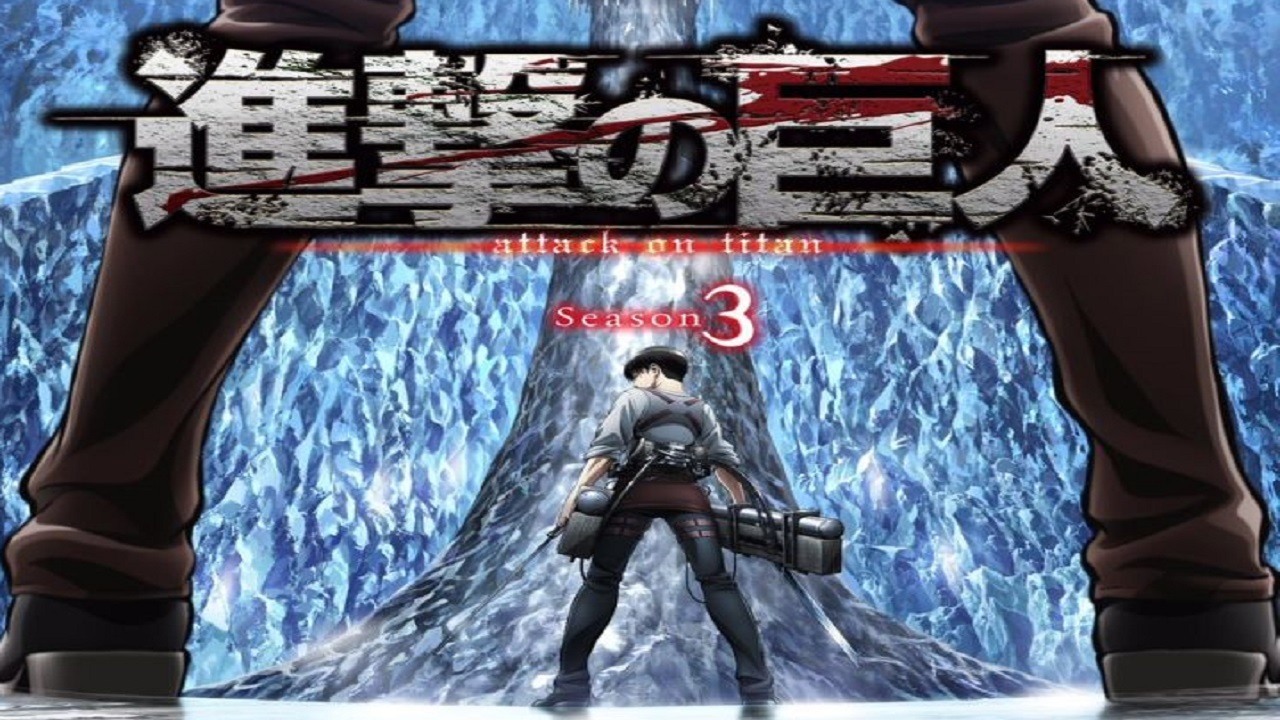 So this definitely just happened. Seemingly out of nowhere, a new trailer for Attack on Titan Season 3 just dropped and I couldn’t be more excited. We will actually get a full season (24 episodes) this time around instead of the stub of a season we got with Season two after waiting four long years. The producers have also apparently learned that waiting four years to release a critically and commercially acclaimed show is a bad move in general. So let’s just take a quick rebound to the past that’s not quite a Throwback Thursday.

This was our introduction to the post apocalyptic world of Attack on Titan, a world where humans lived inside of walls lest they be devoured by the gigantic humanoids that live outside of the walls. There was peace until a titan larger than the walls kicked a hole into the perimeter letting all hell break loose inside. Our main protagonists, Eren, Armin, and Mikasa, barely manage to survive and join the Survey Corps to find the truth about the titans. The Colossal Titan attacks the human enclosure once more which leads to Eren’s discovery that he himself can turn into a titan. Lots of trials and tribulations end up culminating with the discovery of a female titan with blonde hair that seems to act a bit differently than the rest of the titans and probably has some information about the titans. We discover the female titan is secretly Annie and as they plot to capture her, she manages to transform. After a long fight with Eren, instead of going quietly into the interrogation chambers, she encases herself in a block of impenetrable crystal to avoid spilling her secrets. Note this season covers up to about chapter 33 in the manga. 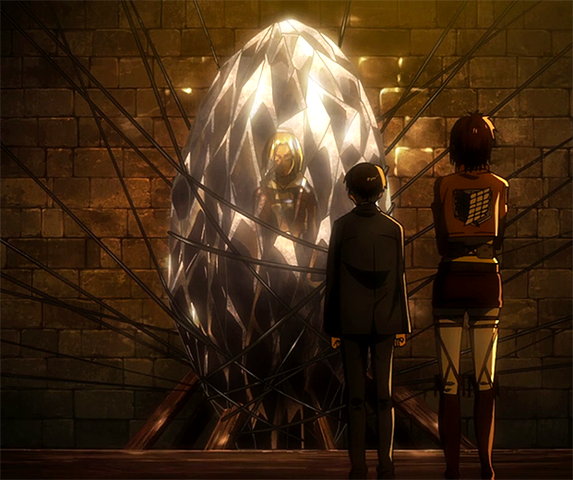 After 4 years of waiting on manga and more episodes that are actually animate, we have our prayers answered in the form of a 12 episode mini-season to make sure we don’t completely forget about this show. Though short, some major things occur in this season. Ymir (the random tall brown-skinned freckled girl) eventually reveals herself as a titan in some extenuating circumstances and how she came to be able to shift forms. Public enemies #1 and #2, also known as the Colossal and Armored titans, reveal their true identities as Bertholdt (tall brown haired guy who has literally one line in season one) and Reiner who we’ve all come to love until we discover his dark secret. Unfortuantely for our heroes, Reiner is having a bit of an issue with the dichotomy that is being forced upon him with acting as a hero of the Survey Corps and also being the ender of human society as we know it. He remembers his real mission is to capture Eren who can “Coordinate” titans with his voice and eventually succeeds at the end of the season.

Though we have seen a ton of action so far in this series, season 3 will partition some of its time dismantling the intricate politics that take place in the world of Attack on Titan. Also keep in mind that Eren has been captured by Reiner and Bertholdt so our leading man won’t be making too much of an appearance, despite what the previews tried to portray. This season will follow Levi’s endeavors and Mikasa searching for Eren for the most part with an eventual release of Eren toward the end. The main takeaway for this season will be the politics though, even more so than the last season, so pay very close attention to the interactions between characters or you’ll get lost in the maze of characters.

In case you missed it, the official Season 3 preview is embedded below.