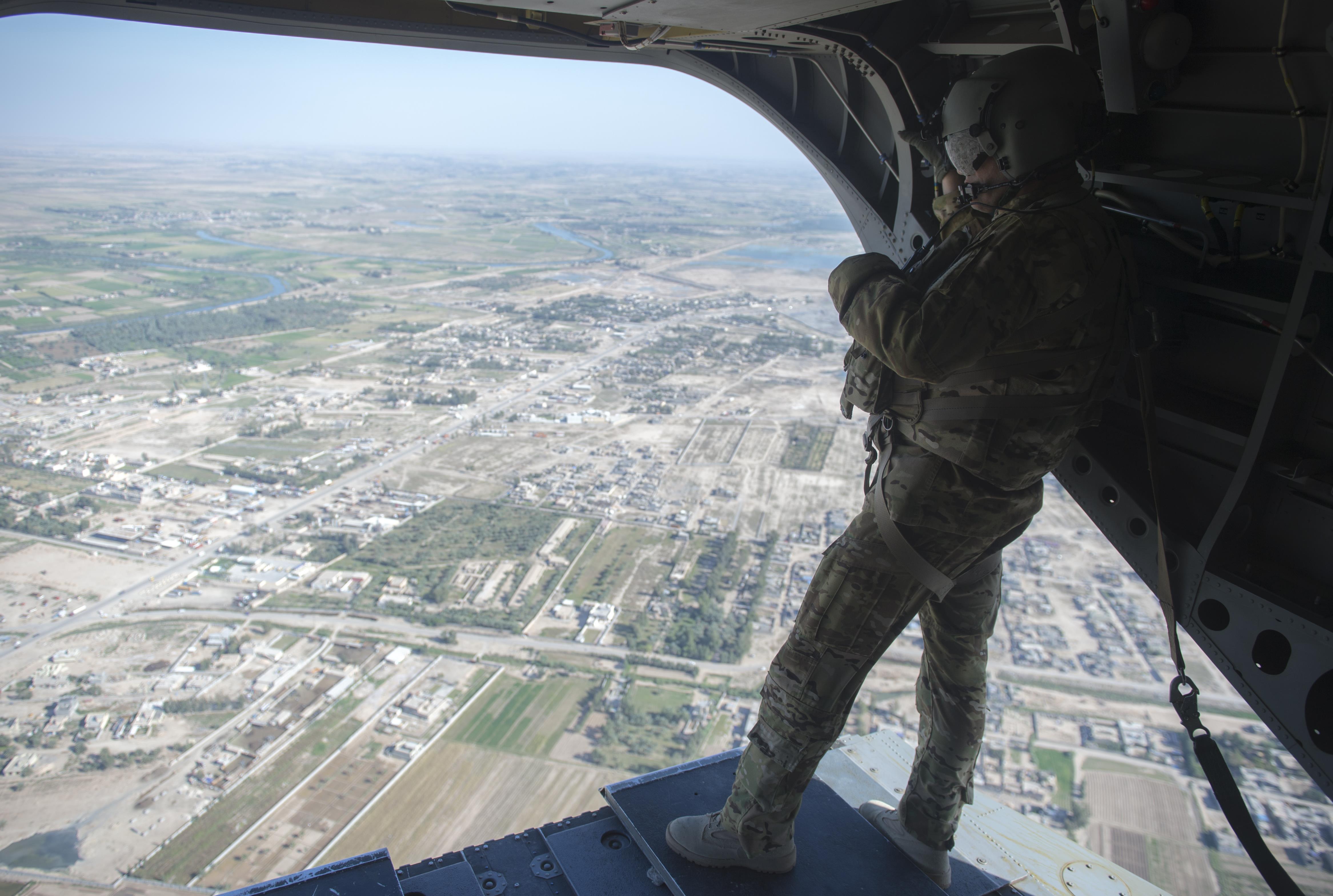 Now we’re in grinding territory. Past the halfway point, we have a pretty good idea of who’s good, who isn’t good, and who’s tanking for that first pick (which is no one cuz there isn’t a draft that matters right now). Some teams are focusing on holding their current form, like FOX and C9; some teams are just trying to get anything started, like GGS. There’s a lot less guesswork now.

With a good bit of the guesswork gone, it’s now a grind for everyone involved. And the LCS isn’t even that long! Nine weeks of the spring split, then playoffs, then nine more weeks, and another set of playoffs. It’s rather short, unlike baseball and basketball and football. It just goes to show all the people involved have such discipline.

All said, I’m now all in for the playoffs coming up. It looks like there’s gonna be a fight for the six seed, and maybe a fight to see who can streak longer, FOX or C9.

100 (+210) vs C9 (-325)
Gosh, after last weekend’s lost to FOX, it looks like there’s a way to beat C9: Focus top and out-rotate Svenskeren. I watched Licorice’s Lucian get ahead by twenty CS and then get clobbered a ton. I think C9 needs to do a better job of protecting their Rookie of the Split candidate in order to challenge FOX right now. I have a feeling they’ll get back on track against 100 Thieves this week and take a win before their matchup with Clutch tomorrow.
– mandersxii

CLG (+125) vs CG (-180)
Oh boy I don’t really know where to start with this game aside from the obvious. CLG now stands for Convincingly Losing Games. Yup, every time I have said this season that CLG is going to fight back from the hole they are in has not happened. So, this time I’m jumping in the hole with them and snagging a shovel. Keep digging CLG, you are not winning this game against a surging Clutch Gaming team that went 2-0 this split against the defending champs and are seemingly getting hotter as the season rolls on. CLGs bot lane continues to be a disaster and CG rolls on to win this one pretty convincingly.
– TheStormSurge

TSM (+150) vs FOX (-225)
They’re too tilted, they won’t mess, it’s just a bunch of toxic teammates, they won’t amount to anything. *Glances at record* HOLY SHIT THESE GUYS ARE GOOD! Echo Fox baby, I’m on the train, hell I’ve thrown on the conductor hat for these guys this split. Last weeks game against C9 proved to me that these guys are for real and here to stay. Which is why I’m worried about this week’s matchup. TSM looks horrid which should worry the rest of the league. The wounded animal is the most dangerous and these guys have gashes all over. Here comes TSM in this one! Bjergsen has looked like Bjergsen most of the split which is great, and Hauntzer Vs. Huni is going to be a fantastic lane to watch bot lane is a toss up to me in this but, then we get to the Jungle. NOT SO FAST TSM! Nah I am not going to pick TSM in this matchup for one reason and one reason alone. My boy Dardoch is playing lightyears better than MikeYeung right now and at the end of the day that is what is going to decide this game. Big game out of Dardoch and I think a potential big win from Echo Fox to avenge the narrow comeback victory over TSM that they had the first match, because let’s be real. While it was a great comeback from Echo Fox, TSM shit the bed about as hard as they could in that game.  #BlobSquad
– TheStormSurge

GGS (+125) vs OPT (-180)
Revenge for Hai? Dominance for Optic? I dunno. The line doesn’t really reflect how I feel about this match at all. I think GGS is a better team after getting that huge win over Liquid last week (that FlyameseCat called? Jesus, wow.). I guess I’ll take OPT this week. I have a feeling if OPT just bans out Hai, they’ll be fine. Unless Lourlo can step up again (fat chance!), and take some pressure off of Hai (or Hai has a new pick).
– mandersxii

TL (-310) vs FLY (+200)
I don’t get TSM this week, whatever. I do get some good matches though. This is not one of them. A completely solid Flyquest can’t really contest a fractured Team Liquid that ate shit to Golden Guardians last week (like I called). Flyquest hasn’t been looking that great in recent times and they’ll probably flub it in Champ Select and let Doublelift get Trist (no ult nerfs in pro play yet) or Varus uncontested and somehow expect to win. this one is 70 – 30 Liquid, I’m actually expecting a stomp here.
– FlyameseCat

Haiku of the week

FOX holds the one seed
Cloud 9 is claiming the two
Clutch gonna have three?

OPT (+130) vs TSM (-190)
At the beginning of the season, this wouldn’t have been a matchup to even care about. This would be a wash for TSM. Now though, with OPT only a game behind TSM for that sixth seed, this could be a matchup that has huge implications for the post-season. The key battle is going to be in mid-lane, where I think if Power of Evil gets ahead, TSM will lose. But I don’t think that’s going to happen. Bjergsen carries, and TSM gets a much needed win to stay ahead in the top half of the standings.
– mandersxii

FLY (EVEN) vs 100 (-145)
This should be one of the more interesting games of the weekend between two middle of the pack teams. I was initially sold on 100 Thieves at the beginning of the split but my confidence in them is wavering over the last few weeks. Pr0lly said he wanted them to play annoying in style but the only thing that is annoying is the way they have played. They’ve truly looked lost for roughly two weeks now. On the contrary FlyQuest with visa problems no more have looked much, much better. I am still baffled as to why they switched supports and honestly this isn’t the NBA. Subs are great and all but consistency wins. (Check TSMs struggles if you don’t believe me, then refer to C9) This is a total toss up of a game to me but I see Aphrommos shot calling as a determining factor and this one and I am looking for 100 Thieves to get back on track.
– TheStormSurge

FOX (-165) vs TL (+115)
Echo Fox is our definitive first place team, but that single ding on their record comes from CLG. Echo Fox has conquered Team Liquid before this split and I don’t expect any different in this match. Echo Fox has actually looked better as weeks progressed and increased consistency despite their single loss. I’m giving this one to Echo Fox, 60-40. They won’t be as sloppy in draft so look for a well thought out composition from Fox to try to crush Team Liquid as fast as possible and prevent Doublelift from getting on at all.
– FlyameseCat

CLG (-210) vs GGS (+140)
Golden Guardians had their Buster Douglas moment. Though CLG is admittedly struggling, they won’t here. Steph Curry took his powers back from Hai after he found out that he used them without permission. Maybe they’ll make up next split, maybe Hai’s soul will be released. CLG will win this one though.
– FlyameseCat

C9 (-210) vs CG (+140)
This is my personal vote for game of the week. We have a heated matchup mid lane between Febiven and Jensen, two mid laners known for putting the team on their back when necessary and both playing flashy champions like Azir (who both of them play very well) and Cassopeia and ditching the safeness of Ryze and Galio most of the time. Clutch Gaming has been looking stronger in recent weeks but after Cloud 9 slipped up last week, I think they’ve gotten over their mistakes so I’m giving this one to Cloud 9, 55-45.
– FlyameseCat

Invention That I Think Would be Great, but probably only useful to me

How about a Piccolo version of those adidas shoes? What about Krillin? I bet Marc Benioff would be on board.

Shakespearean Insult of the Week

It’s basically how I feel about any world where Team Liquid isn’t fourth. Just go away, leave me alone, and let me keep this one pattern that helps me keep grounded in this world.

That’s it for this week! Enjoy the matches, everyone!