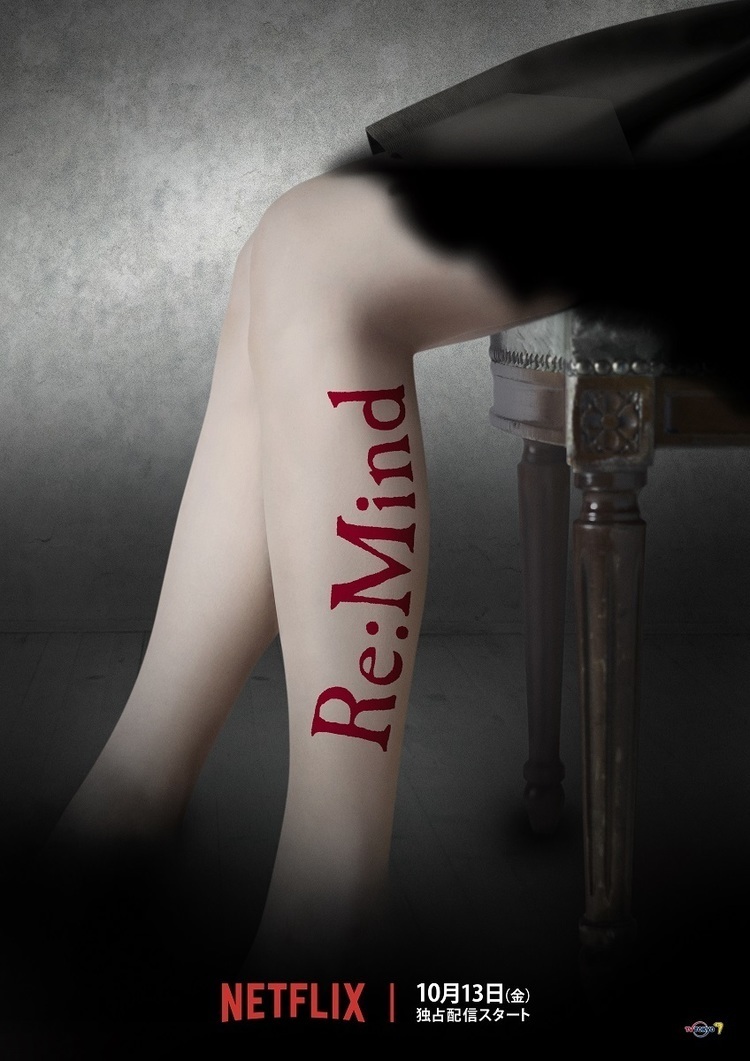 Did I ever get on my soapbox about context? Context is everything. It’s why Black Panther’s release has so many connotations. It’s why a Hong Kong studio can’t put the Order of the Rising Sun in their own video game. Context is also what will make or break your enjoyment of Japanese thriller Re: Mind. I’m doing this review without images (you’ll find out why, and also because I don’t need to). Slight spoilers abound, but heavy spoilers are confined to below the article.

This show is so entrenched in Japanese TV, entertainment, and cultural tropes that if you jump into this 13-episode series cold, you will by the end of it think to yourself “that was fun but shallow,” while still dizzy from the extremely rapid pace and questions you aren’t handed answers to. What did you expect? To land in a foreign country and complain about being confused? I decided to scout some reviews before writing this one to see other initial impressions. I agree with her, and greatly disagree with her regarding the gender dynamics at play, but in any case, my own opinions are the best:

If you were like me, you had just finished watching some wholesome foodie show like Samurai Gourmet before losing some popcorn as an incredibly striking sizzle shot of a table of unconscious hooded victims strapped to a dining/dungeon room graces your screen. Oh Netflix, your algorithm is so bad, but you got me this time. The first scene is a victim slowly awakening to their newfound doom and carefully surveying her seat at the table before taking off her hood. We cut to the opening cinematic, contrasting images of innocence and disquietude as a needling-ly poppy song is chorused by female vocalists, the first clue that we’re not in Kansas. And let’s not forget about the stylized title. The Japanese have taken a liking to raising Western punctuation to new heights.

The “High schoolers dealing murder, suicide, cover-ups, betrayals, sex scandals, and pick-one-of-your-friends-to-die” genre has a heavy presence in Japanese entertainment, especially video games (see: Persona 4 and 5, Zero Time Dilemma, and Danganronpa) and books (Battle Royale, famously), always with some commentary about how fucked-up the world can be, no matter how young and innocent the surface seems. Ever notice how young, cute, and attractive the main ladies are? This brings us to our main cast: 12 young females and one middle-aged man. The ladies are all members of J-pop idol group Hiragana Keyaki. They star as “themselves” and also sing the intro theme. The whole thing is a brand production.

They’re still an idol group though, and we can’t show any of the ladies in too bad a light, hence the complete lack of blood or gore throughout the series. Great for the squeamish and the parent company. This also explains the ambiguous ending (which isn’t so ambiguous upon reflection, see spoiler-hints below the article). And finally, it explains why this post is mostly free from images. I’m not touching this copyrighted mess with a ten-foot-keyboard.

I don’t believe in number scores because they’re confusing. “6.5/10, but I still had a great time and recommend”? I thought we all moved on from IGN? This show is fun, has great execution, I chastise you if you’re a viewer who doesn’t dig a little deeper into what they watch before judging it, and I would recommend. I give a Green Card +.

-Hints: watch the backpacks very closely in the last two episodes. And for confusion about the keys: One of the victims blurts out the answer to that shortly after their failed attempt.-