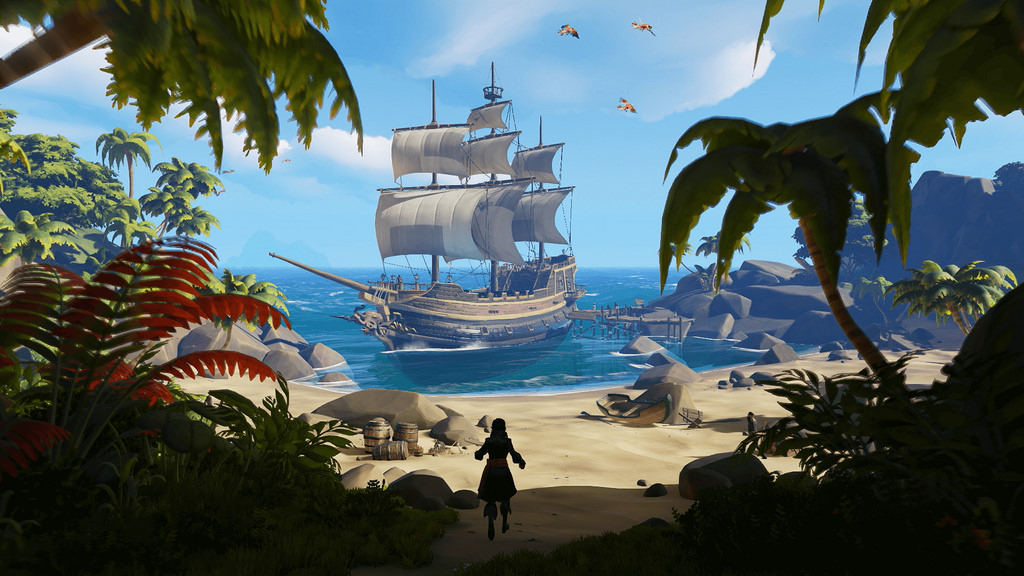 Some Are Writing Off Sea Of Thieves Days After Release

The hype for Sea of Thieves has been fairly electric. It’s average viewer count is high on Twitch, which isn’t surprising based on the popularity of streams during the closed beta. On the other hand, a large topic of conversation has been around the longevity of the game, calling into question is assumed lack of upfront content. Rare has been transparent about the game’s progression and mechanics for quite some time now. They’ve explained that Sea of Thieves is primarily be an multiplayer adventure where exploration is key. In game progression is cosmetically based, and collecting gold by completing voyage missions is the driving motivation to expand your inventory of clothing, weapon and tool skins, and ship ornaments. This has not been a satisfactory pool of content for some potential players.

This type of skepticism is to be expected for a game that has only been released for a few days. Obviously, 72 hour period is all the time anyone would need to explore every nook and cranny of a video game. This argument gains further credibility when the comparison is made to other current, popular games like Fortnite and PUBG, which both thrive through a system that is practically spilling over with content and stat pumping upgrades…

Stifle yourself fanboy! If it’s not slapping me in the face, it’s not there! Everyone knows that having to dig for substance is a requirement of the past. Yes, in simpler times we may have greeted most video games with open minds, ready to upturn the many stones we would come across to find a meaningful experience. We’ve since moved past this tiresome inconvenience. There needs to be a meticulously panned out leveling system, not just for characters, but for every piece of weaponry and gear they collect. This way we will be distracted enough to ignore the fact that we’re doing the same quest 1,000 times. It gives our playthroughs a clear point and direction.

Who could forget about Fortnite: Battle Royale’s many intricate game modes that offer endless, unique experiences. Do you think PUBG gained this level of popularity by doling out loot boxes that didn’t reward their players with stat increasing gear? How could Sea of Thieves be so bold as to disregard these fundamental elements that no game can succeed without? What am I supposed to do if there aren’t numbers constantly changing in my menu? I can’t live without the numbers!

Real talk…I understand that Sea of Thieves is not going to be a game for everyone. Some part of me even understands the skepticism based on the vague nature of the game. When I first jumped in, I had no idea what to do and no one was there to explain anything to me. That’s the interesting feature of this game. It’s also one of the most engaging features of Sea of Thieves. You’re stranded in this world and you need to use your instincts and common sense to solve problems. The game is exactly what you make of it. Jumping in with a group of friends is pretty much guaranteed to produce some of the most enjoyable cooperative moments in video games to this date, and how you explore those moments determines how much you will get out of Sea of Thieves.

No, it doesn’t follow the standard of loot grinding and character leveling that keeps most games going for a certain length of time, but maybe that’s a good thing. Do we really need another looter shooter?  Are we even sure that these components are what make video games truly enjoyable? The community has been collectively tearing Destiny 2 a new one for months now for it’s many shortcomings and lack of long term intrigue. I’m not so sure more of the same type of content would have been the answer there either. There could be a huge well of satisfaction to pull from in Sea of Thieves, but we’re not going to benefit from it by being close minded when we don’t see a familiar structure. But I could also be completely off base. The logic of the internet is often quite sound.