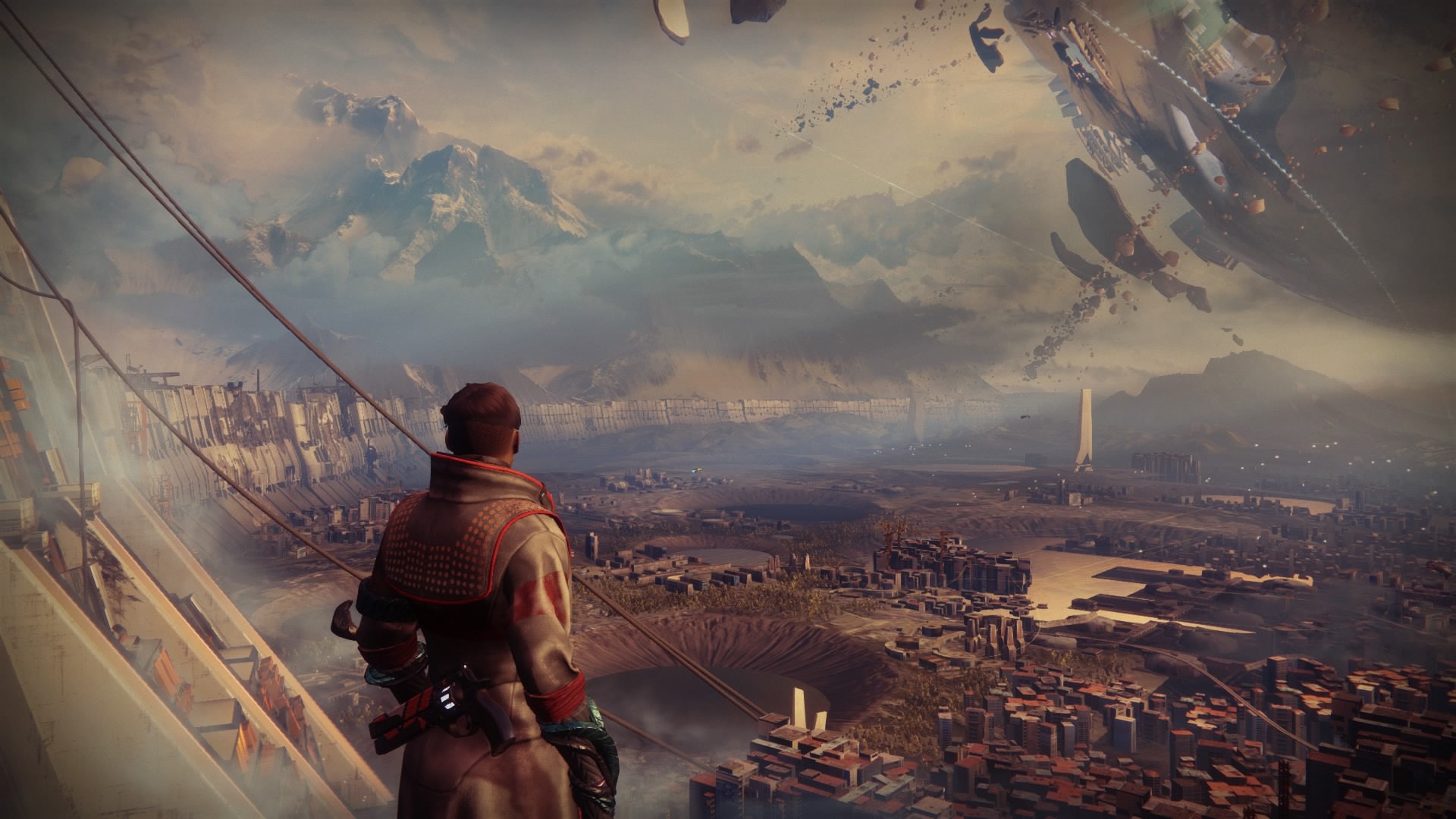 I’ve never played a game that needed so much outside of the box to assemble a full experience. The core assets of the game are there, and are largely done well: gameplay, art, and music. My main complaint with Destiny 2 (PS4) is that I have no one to play it with. Coming in as a filthy casual to the series, I can say that the campaign story feels rushed as you’re whisked across 4 planets in a matter of 8 missions before the campaign is donezo. For those who played Destiny 1, there’s little references here and there that make the ride seem a little deeper than it is, but ultimately it feels like you’re there for the set-pieces and big explosions (which are all done very well). This is a beautiful game; you’re just whipped through it. Then it stops skrrrt sounds included.

The endgame of Destiny 2 is essentially undoable solo, which is fine, but where’s the chat feature to find someone to play with? It’s disabled due to (a legitimate) fear of player abuse. That’s acceptable, but is there a looking for group function? It looks to me like that’s a hard no, with no plans of developing one.  There’s no way to communicate with other players and with no way to find a group in-game, you’re left looking outside of the console to play the game. A big flaw in design. (Edit: A later googling reveals the official Bungie app has a looking-for-group function, bringing in the smartphone as yet another gaming peripheral on top of the microphone-headset).

I am, however, determined to have a good time (a bad portent in many situations to be sure). I go to r/fireteams looking for an open clan, trying to find my $60 worth of video game. This leads to a clan’s page through Bungie’s portal, yet another 3rd party application and as of this writing, I am a ‘probationary’ clan member, pending their audition process which includes a certain KDA on the PvP ladder. -__- By the time I get through all this, will I finally be able to play the game?

For the first Christmas in a long time, I got a shiny new game relatively fresh off the press. I’m used to popping a game in, then immersing myself in it, undisturbed by the outside world until a parental or significant other gently or ungently offers food. Destiny 2 comes with pieces not assembled, and I’ll keep you updated on this DIY of a game. Stay tuned for Part 2. For now, time to negotiate/shoot aliens my way into a play group.