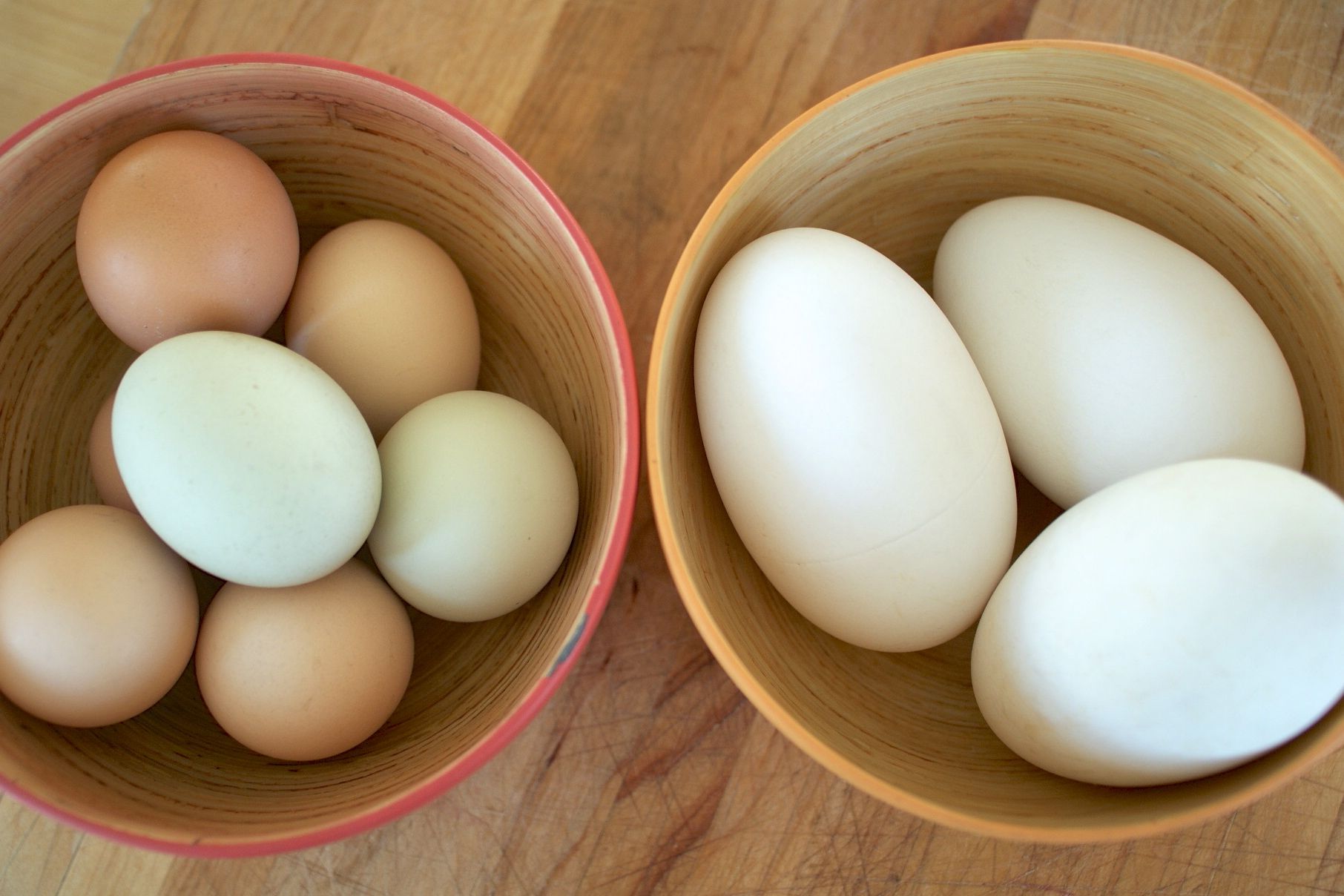 NA LCS Week 3 Preview: Will We Keep Our Goose Eggs?

Well, after our perfect Week 1’s, we’re in it now:

How’d Cat get a tie? He didn’t make a prediction! It was actually pretty good prediction, but I can’t give him credit for a pick he didn’t make. I like his percentage based picks; it’s something we can all strive for.

I have a lead because I had an extra match. Let’s hope we all go perfect again like Week 1!

Do you know who else wants to stay perfect this week? Echo Fox! They’ve come out on a tear, playing like a team or something. Beautiful stuff from them. On the other hand, is the Hai-led Golden Guardians, who are not looking to stay perfectly winless. Good luck to them both! Now, let’s get into the matches!

As usual, all betting lines come from Bovada, but there are no Sunday matches this week.
-mandersxii

FOX has put together a solid roster, and they’ve had a solid start to the Spring split. This is great for Rick Fox fans, and it’s good to see Huni on a good team again. Even so… Is this a let down game for FOX? They’ve had a great start to the season, notching some quality wins over C9 and TSM (and beating CG and FLY to boot). I’m still not trusting Dardoch though, and I’ve never been impressed by Fenix. Plus CLG is a tricky team. Although they’ve scuffled in jungle and bot lane (especially bot lane, with Biofrost and Stixxay looking very out of sorts), Huhi can surprise with pocket picks and Darshan is always solid. I feel like this is a letdown match for FOX, where Stifrost (Bixxay?) comes together behind a solid A. Sol pick from Huhi.
– mandersxii

OPT has had a rough start to the season, but they finally picked up their first win over FLY after being robbed by 100. I’m hopeful for this team to start getting some bigger plays out of Arrow and Zig to really unlock PowerOfEvil. It would be great for this team if opponents for them had to start really banning some other champions than POE’s pocket Orianna. I don’t think in this match they’re gonna keep winning though. C9 has looked really good except for their match against FOX where they couldn’t finish a match with a late game comp into an Ezreal. But, for C9, I see Svenskeren continuing to get more comfortable with Jensen and being able to make more plays than Akaadian, and the Sneaky Smoothie being able to abuse an always macro-focused LemonNation. Licorice is a wash against Zig, while Jensen and POE is a toss up without jungle presence.
– mandersxii

I’m so happy to see 100 doing well to start this season. I’m such a huge fan of Aphromoo and Meteos. Watching these guys gut out long matches has been great, and Aphromoo and Meteos had a great guest stream in Week 1. With a win against TL, it looks like 100 is at least around fourth place. I can’t stop saying how much fun this roster is. Meanwhile, CG still has friggin’ Apollo. I can’t, in good conscience, pick a team with Apollo on it, even with Febiven’s play of the season (so far).
– mandersxii

Team Liquid is really trying their best to not be a meme this season. The Doublelift pickup has worked wonders for them since he’s been taking shots at literally everyone on the rift and off. I personally don’t see this match being any different. We are running on 8.2 now so no more shields but i do predict the games will be just as long. This will always work in the advantage of Doublelift since the whole strategy of having him is to funnel gold and hope his mechanics will carry the team. If the game doesn’t last that long, it’s because Xmithie turned the lanes on their heads. One-and-a-half-Lift, I mean WildTurtle, will definitely have a tough time in lane despite Flyquest being built around him for some reason with Flame being the insurance policy. Doublelift has been pressing charges of fraud very relentlessly so hopefully this game will be action packed unlike most of the other matches. I’m calling this one 55-45 TL. Memes are tough to end unless it’s Yorick not having another skin or Beekeeper Singed. BUT AS LONG AS WE DON’T HAVE BEE SIN WE STILL HAVE OUR MEMES!
– Flyamese Cat

Yes I am still a TSM fan even though they’re 1-3, look at the Patriots, they had some issues early on in the season but are still in the Super Bowl. I’m sure TSM is looking to beat up all over a 0-4 Golden Guardians since their game plan didn’t involve actually drafting a Steph Curry for their League team. Not much else to say about this, TSM has the better team on paper and if they can’t convert here, they should really be worried about the dynasty. Despite TSMs shortcomings this season, GGS is just looking sloppy so I’m calling this one 70-30 TSM.
– Flyamese Cat

HAIKU OF THE WEEK

Alright here we go baby! IZ HUNI TIME! Echo Fox should be 5-0 coming into this game unless CLG pulls off an absolute miracle. Optic on the other hand should be 1-4. I really want to do an in depth analysis on this game but aside from mid lane this game will be lack luster. Lemonnation is past his prime and Arrow had one good split. POE is a solid mid laner however Dardoch will make plays early to make sure he never gets going. I expect Echo Fox to completely roll Optic with huge games from Dardoch and Huni.
– TheStormSurge

Assuming TSM gets it’s second win against GGS (which is will) they will come in on a win streak! Excited? I am not. Unlike my colleagues I am not on the TSM Bandwagon thinking they will win this split. The meta doesn’t fit them and the roster just doesn’t seem to be meshing. On the other hand 100 Thieves is a veteran roster who while this is their first split together they seem to be a threat under the leadership of pr0lly. What stands out to me in this game is who is going to win the jungle matchup. Will MikeYeung show promise of the old Phoenix1 days or will TSM Mike Yeung show up? That is going to be hyper critical but again in this one the game runs through top. Hauntzer Vs. Ssumday will be an absolute gem to watch. Final thoughts, Aphro and Cody Sun steam roll bot lane and it is too much for Bjergsen and the rest of TSM to overcome. The woes continue for TSM and 100 Thieves keep rolling.
– TheStormSurge

Oh, I drew another Golden Guardians Game. With as good as Liquid has been looking and considering their other opponent this week is TSM, expect them to hold on to that goose egg in the wins column this week. Someone has to be the whipping boy so I’m calling this one 80-20 TL. Sorry Hai.
– Flyamese Cat

Tune in to the mid lane stream if available for this match. Febiven and Jensen are both coming off of huge weeks (Febiven’s was bigger considering that clean Azir pentakill) and looking to carry again. 8.2 means Suppressbot 5000 may actually see a downtick in play but Ryze will probably come through to bore us to death. Regardless, mid lane will be explosive and likely the deciding factor in this matchup. Could 9 should be 4-1 coming into Sunday unless they absolutely shit the bed. If Clutch Gaming pulls up 4-1, it means they beat 100 Thieves and will be riding a wave of momentum that may keep up throughout Sunday. This match is 50-50 for me and is definitely gonna have my old ass up late so I can watch it live.
– Flyamese Cat

CLG will be 1-4 going into this match, Flyquest should be 2-3. Who is excited for this one! That’s right! No one! This is going to be an all out under-performing game since CLG is struggle and Flyquest built a team around WildTurtle… Odd choice indeed. On paper CLG is better in every role, on paper except for ADC. Stixxay has looked rough this season, and rough might be too kind, he has flat out looked horrendous. Is that just because Aphromoo carried him through all the splits or he is just in a rough patch. However, that isn’t enough to overcome what should be a pissed off CLG team. I said they should rebound last week and they didn’t however they should in this game. CLG wins, Huhi drops a monster game.
– TheStormSurge

SHAKESPEAREAN INSULT OF THE WEEK

“Fellow, be gone: I cannot brook thy sight: this news hath made thee a most ugly man.” – King John

I feel like this sums up every Hai fan who watches Golden Guardians and expected them to do well.

Enjoy the matches and have a great weekend!