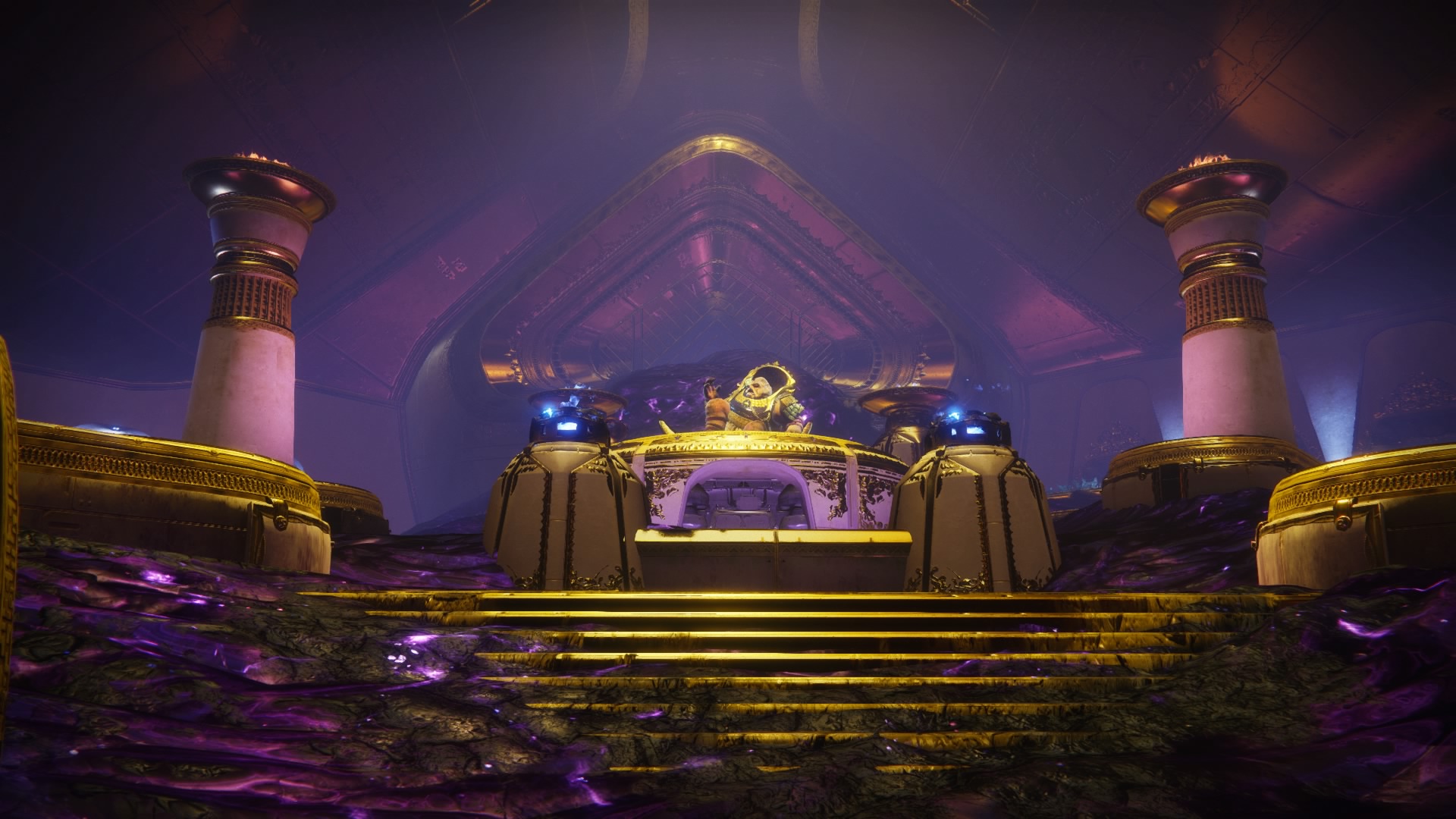 From where we last left our hero, I successfully passed the admissions test and was finally ready to take in Destiny 2 in all its AAA-produced majesty. Oh boy. 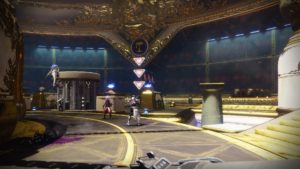 Let’s talk about gameplay mechanics. Mechanics are the rules of the game. With good design, gameplay leaps naturally from the ruleset. This is a first-person shooter and at the end of the day, you avoid pits, use abilities when there’s no cover, and do the thing that brings the shield down. Doing that thing generally requires great group coordination. You have thus transferred the generation of fun away from the ruleset to the hands of other players. Oh boy. Thus begins the Story of (I’ll call him) Monty:

Monty: What is this introductory challenge?
Monty: Oookaay then
Monty: Can someone carry me in eow right now?

Admin: @Monty we teach and learn, not carry. We organise raid fireteam in raid channel. Post your timing/timezone that you play in so that you will be notified when raid fireteam is being organized.

Monty, despite being new to the clan and already begging, was actually experienced in-game and began cobbling together raid groups, filling in the holes with other acquaintances. Recipes for success, to be sure. He invited me to raid on two occasions and I accepted both times on the condition that everyone has to be cool with me not knowing what to do. In true MMO fashion, they all agree with “it’s easy”s and trigger the raid without explaining anything. I would be told (in the middle of firefights) to “jump here” but “not like that” and “kill these adds” but not when it was time to “get the craniums”, and finally, the last nail in every raid coffin: “what are you doing??”

The third raid was run by an admin in the group, and while this run was more pleasant, it did take 6 hours with one max level gauntlet as a reward. The gauntlet gave perks when you’re in the raid dungeon. Cue dying on the inside.

Everyone wants a heist to go down like Ocean’s Eleven. One that slips in with knowing glances, slick ties, perfect coordination, and time to spare at the end. This wasn’t it. In fact, the in-joking went on until I signed off and received something close to, but not quite, a polite goodbye. There is no investment in the clan member, baffling given their selectivity. I did not have a good time. I spent three weeks with this clan, interacting almost daily. There’s a Russian doll situation here with disappointment at its core. I left the group shortly afterwards. 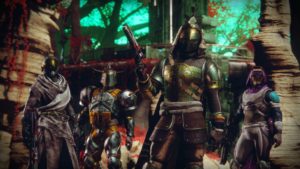 A second chance for #squadgoals in the PvP arena? Strip away the hidden mechanics, one-way mirrors, and terrible leadership of the PvE endgame? Here are the guns and there is the scoreboard? Yes!

But! Many of the competitive guns and gear are locked behind RNG drops, so immediately you’re not on a level-playing field despite level-fixing. Confusingly, there are many more opportunities for high-level gear drops from the PvE realm. Growing up with Unreal Tournament, Quake, and Counter-Strike, it always seemed counter-intuitive for a player to have to grind up a cache of weapons before being allowed to queue up with any confidence. It’s a lazy way to pad up gameplay hours. People shy about PvP won’t feel any braver the longer they’re out of the market, which is a shame because it does save this game from being just a frustrating MMO.

Squad tactics rule the current metagame. Solo plays, while doable and fun to watch, do seem to have a ceiling on effectiveness. This is great for new players, who are encouraged to take comfort in groups, and indeed may be Bungie’s strategy to attract players to this arena. Other PvP players complain of long shootouts, long charge times on abilities, and fewer play-of-the-game moments. All valid points, but a functional PvP shooter nonetheless.

The crux lies again in the quality of your other players. Playing solo in the current metagame will often pit you losing against more organized teams. Playing with a team puts you more often in an advantaged position or at least on the same level. There really is no reason why there aren’t two separate queues in this modern age of gaming. Pictured above are three of us from the clan, who went on to go 6-1, and we wept for the PUGs that we crushed.

Case in point, Destiny 2 is Mean Girls with poor communicators. Find your true friends, don’t gossip, and initiation rituals are a red flag.