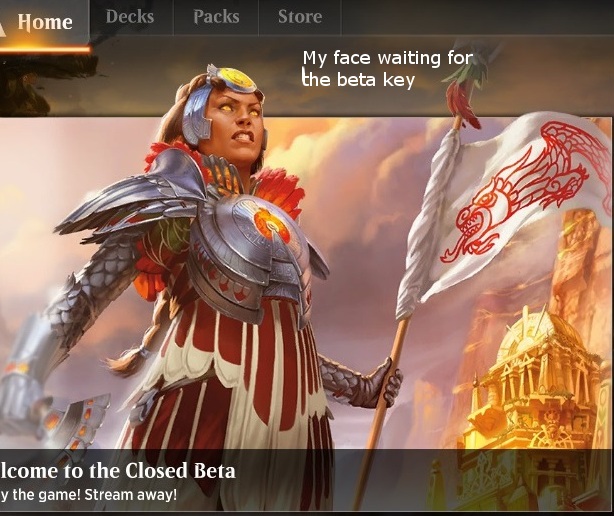 I signed up for the Magic the Gathering: Arena (MtGA) closed beta last November when I should’ve been studying for a reallly big test and I finally got in last week! Lemme tell ya, I got creamed my first ten games. It couldn’t be me though, everyone else has been in the beta for so long and they’ve grinded all these cards warblewarble. Nope, I just suck. I know because I started winning a lot more once I watched Magic vet/internet positive-man Day9 win a majority of his games using the default decks. And it’ll be the same for many! Take note, Wizards of the Coast, you gotta charm the pants off these new players if you want them to stick around for the 25-years of depth and design of Magic the Gathering.

I don’t think WotC will bring in many new players through MtG:A itself, but those who’re already into Magic will find a lot to love in MtG:A. Hearthstone is very beginner friendly, but there’s a learning curve in Magic that, although rewarding, is much more intuitive to learn on the kitchen table than on the screen. Streamers like Day9 who can walk someone through the 5 different phases of a turn and the complex order of how spells are ‘stacked’ and resolved will be key to bringing players in from other games. Magic is historic and will always have its market share, but they’ll be (and have been) taking it in pieces. MtG:A won’t be the instant avalanche buy-in that Hearthstone enjoyed, but one thing’s for sure: people want to see MtG:A succeed. We’ve been waiting a long time (many were still on Windows 98 when MtG: Online came out!).