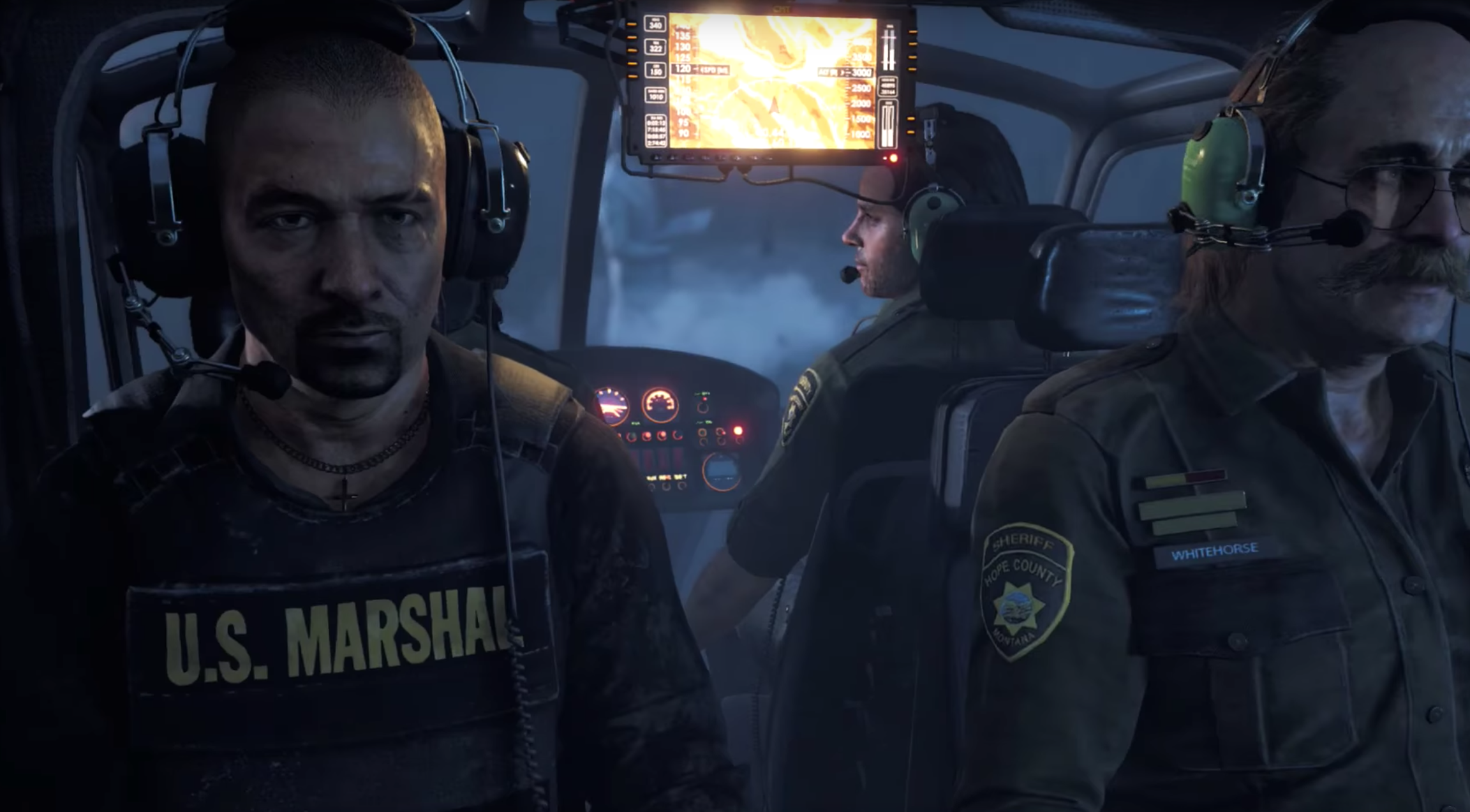 I’ve been a huge fan of the Far Cry series since Far Cry 2. While the second in the mainline series isn’t quite my favorite, primarily due to tedious gameplay elements, it changed the way I view open world games. Far Cry 3 fixed a lot of those issues and delivering an engaging story, paired with an even more engaging villain to guide the madness. Far Cry 4 took on the role of pushing the gameplay boundaries, and kept the theme of interesting bad guys going. The series started to falter around the Far Cry Primal stage, showing us that the formula clearly couldn’t be dropped into an infinite variety of settings.

When I first heard the news that Far Cry 5 would take place in the United States and explore the controversial material of cultism, I was more than excited. I saw this as step in the right direction and a return to the best of the series, with an agenda to explore something new in the process. Now that I’ve finished Far Cry 5, I can say that I had an enjoyable experience. Unfortunately, It wasn’t the experience that I had been anticipating in the months leading up to release, but it certainly wasn’t a failure by Ubisoft either.

Far Cry 5 takes place in the fictional setting of “Hope County” Montana. The simple, kind-hearted, American flag-toting, rifle-bearing, red blooded americans that occupy the quaint valley civilization have been overrun by a hyper-religious cult, led by the sinister Joseph Seed and his equally malevolent family members. Breaking tradition from previous titles, you take on the role of the silent protagonist (male or female), who joins a county sheriff and foolhardy U.S. Marshall on a suicide mission to take Joseph Seed into custody. As you could probably guess, going along with this plan will send you into a whirlwind of conflict that brings the good and bad factions to war, with you smack dab in the middle. 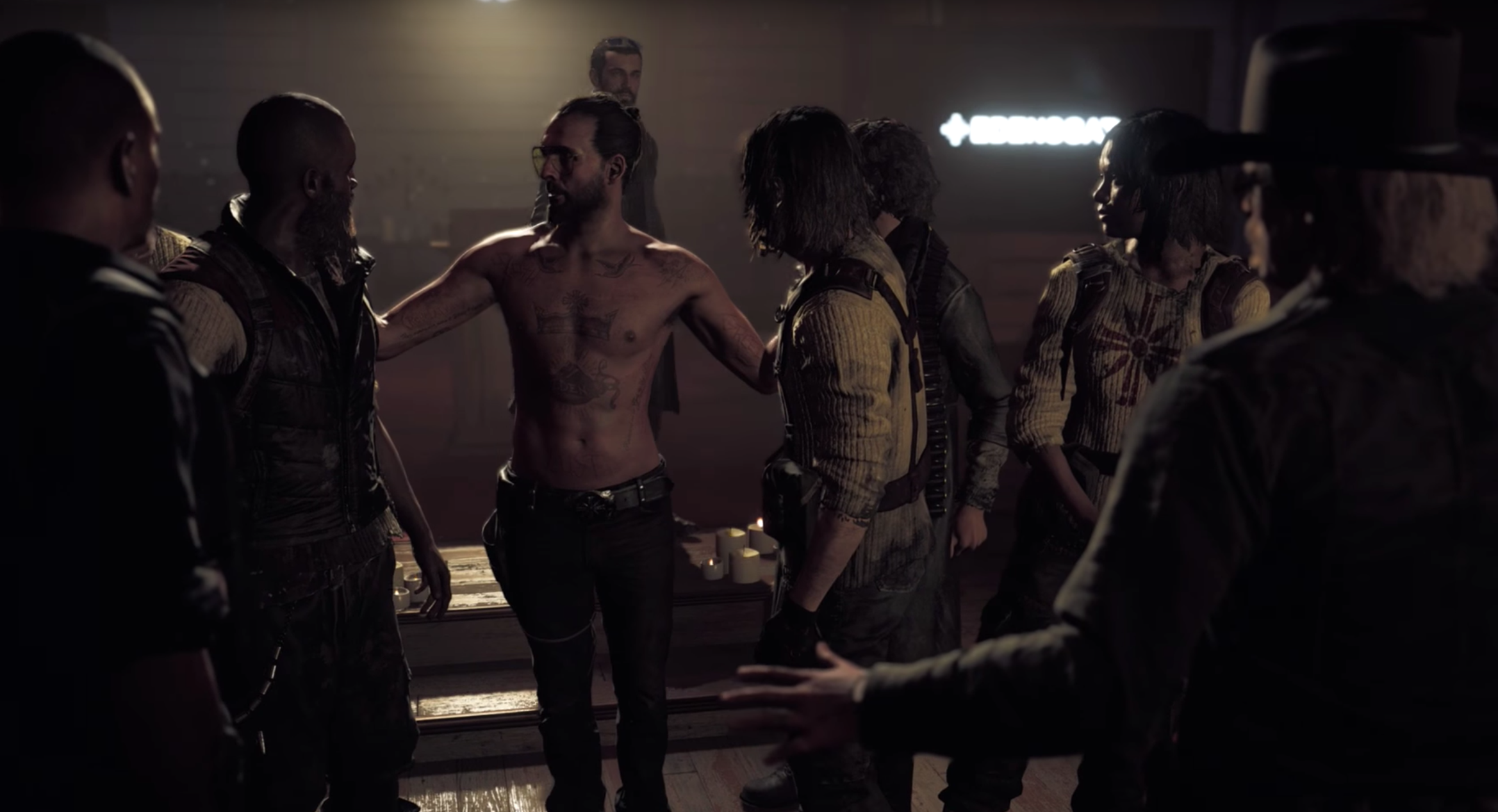 There was a ton of backlash in the news circulation regarding the underwhelming nature of the storyline. Far Cry 5 was presented through trailers and press conferences to be a revolutionary example of storytelling in the video game medium. With the subject matter that was front loading, it was easy enough to believe. I did my best to ignore the impressions that were voiced before the games release so I could judge the narrative quality for myself. At first I really did see the potential, but as I pushed on it became clear that the critics called this one correctly out of the gate. The dialogue in Far Cry 5 likes to start strong, and over indulge itself to the point where the player becomes exhausted with the repetitive language and either skips cutscenes, or unintentionally stops paying attention. All four of the main antagonists are guilty of being complete windbangs when it comes to their moments in the spotlight. The writing tends to feel very transparent, to the point where it’s blatantly obvious that they’re trying to evoke an emotional response. Most of the time it just feels like the writers are trying too hard and I think the storyline suffers beyond repair from this.

While the writing may be cliche and repetitive, I believe the lack of a main character is hugely responsible for the narrative shortcomings. Far Cry 3 & 4 both had characters with outlined personalities and backstories. Whether each player found a strong connection to Jason or Ajay can vary, but these characters had the chance to connect with NPC’s around them. Their impact on the sandbox arena felt more legitimate because of their voiced reactions. Dropping in the driver’s seat of the mute protagonist is the best choice in a lot of cases, but I don’t think it belongs in Far Cry. We’re not playing an RPG, and leaving the subject of the story up to the player’s imagination doesn’t hold the same effect that it might in an Elder Scrolls title. The developers likely added character customization in lieu of the online and multiplayer functionality, but this could have been solved by simply adding online avatars, and leaving in a unique main character for the campaign. 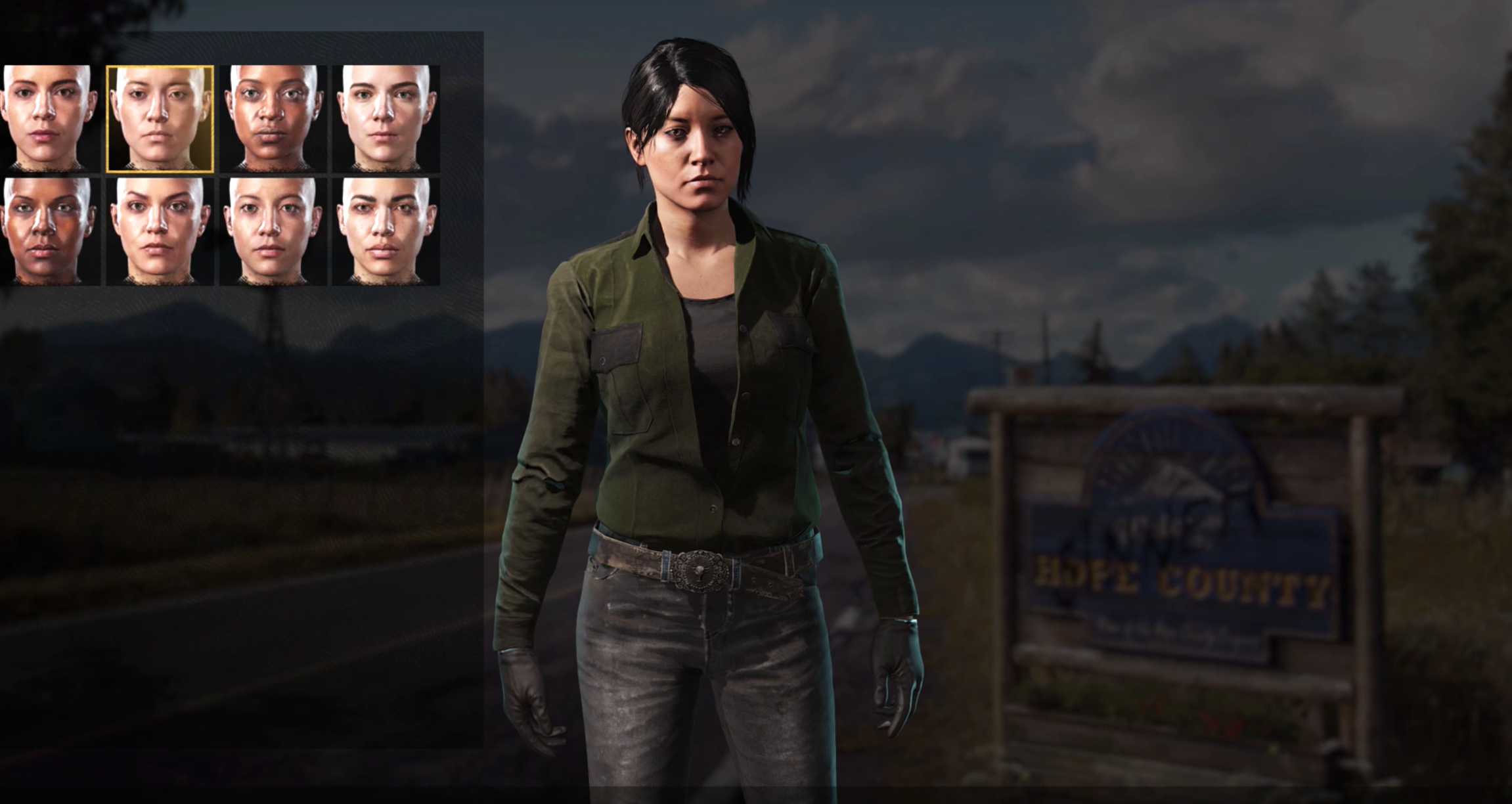 With character customization also comes gender choice. You can technically play as a male for female in Far Cry 5, but the game does a terrible job at reminding you of that difference. Gender choice for your characters is an important feature, but it shouldn’t come at the expense of narrative integrity. In my playthrough I chose the male character route, which was as straightforward an experience as always. After beating the game I checked out gameplay videos for the female playthrough. As I expected, the dialogue between NPC’s was exactly the same, This was jarring at times when lines that were clearly written to acknowledge a male character, were projected to a supposedly female character.  I don’t expect games to be completely rewritten for male and female playthroughs, but there are ways to avoid gender specific terms that can sound misplaced. Bioware games are a great example of how this can be done correctly. It seems as though Ubisoft originally planned for this game to house a male protagonist and added in the gender choice after all of the writing was finished. Alanah Pearce gives a great, first hand analysis of this less-than-progressive functionality.

I enjoyed my time with Far Cry 5 despite the grievances listed here. The gameplay was quite satisfying, and has a much more fluid progression compared to previous titles in the series. The Montana setting is absolutely gorgeous and captures the charming aesthetic of western America, with a few contextual exceptions. The purchasing and upgrading systems of the game are more streamlined and far less encumbering, refraining from getting in your way and letting you enjoy the good parts of the game, instead of being forced into menial chores. This all makes for a worthy multiplayer arena, finally granting players the experience of the entire game in cooperative play. Had the narrative been laid on top of a stronger foundation, with a strong lead character and focus on building unique aspects around the antagonists, there would have been a much more enjoyable story to experience here.