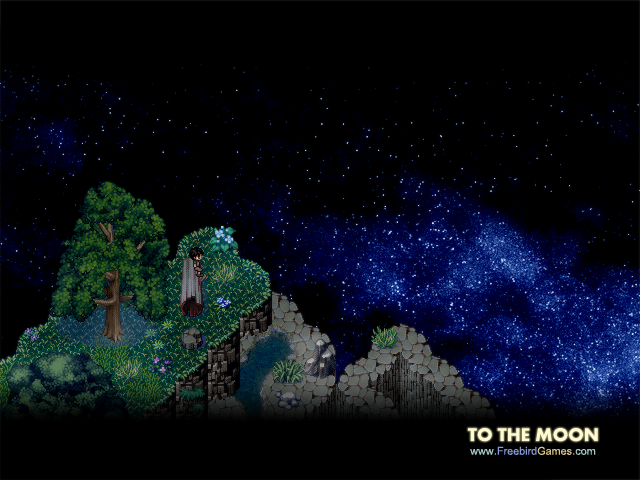 To the Moon, or Pushing the Envelope of What a Video Game is

To the Moon, the game, that’s made in a game making software, that isn’t a game? Well we purchased copies on Steam (soundtrack is available there too) so it must be a game right? Well, it is, sort of. This game combines the exploration and anti-combat functions of a Myst style game with a tear-jerking story line that rivals the saddest of plots. 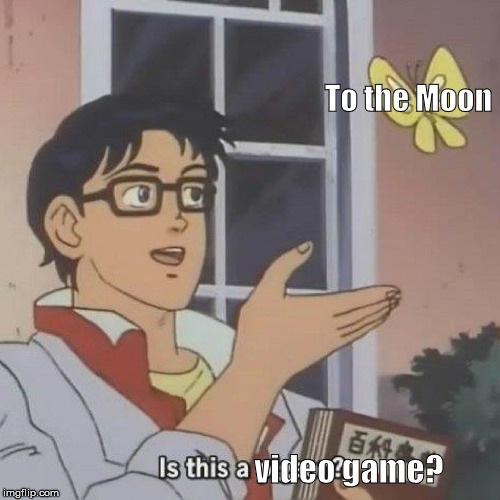 I mean it technically is a game, it was created with RPG Maker XP, so it is literally a video game. The creator, Kan Gao, opted to completely not use the battle system that is native to RPG Maker, and instead replaced it with nothing at all. This game itself follows two doctors, Neil and Eva, who work for Sigmund Corp. This company provides “wish-giving” services to people close to death so that they can pass away into the next life feeling completely fulfilled knowing that they completed everything they ever imagined. 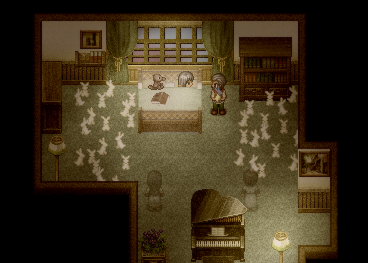 Our two doctors are looking to fulfill the lifelong wish of a terminally ill man named Johnny who wants to go to the moon. Upon arriving, they end up with a lot more than they bargained for when Johnny has literally no clue why he wants to go to the moon so we follow them as they traverse through this old man’s memories in reverse to connect the dots. Mementos create memories through a puzzle system and our doctors learn more and more about Johnny’s life.

After the plot twist, things become a bit more complicated than just sending Johnny to the moon. The players end up facing huge moral dilemmas that we eventually overcome. Eva has no problem surpassing Inception levels of memory implantation to eventually achieve the goal of sending Johnny to the moon. All in all, this sad experience ends up pushing the envelope of what a game is and using story and soundtrack to progress.

Check out TonyBaloni, Bruticus, Mandersxii, and The Sea Arruh as they get into To the Moon. Give us a listen below: