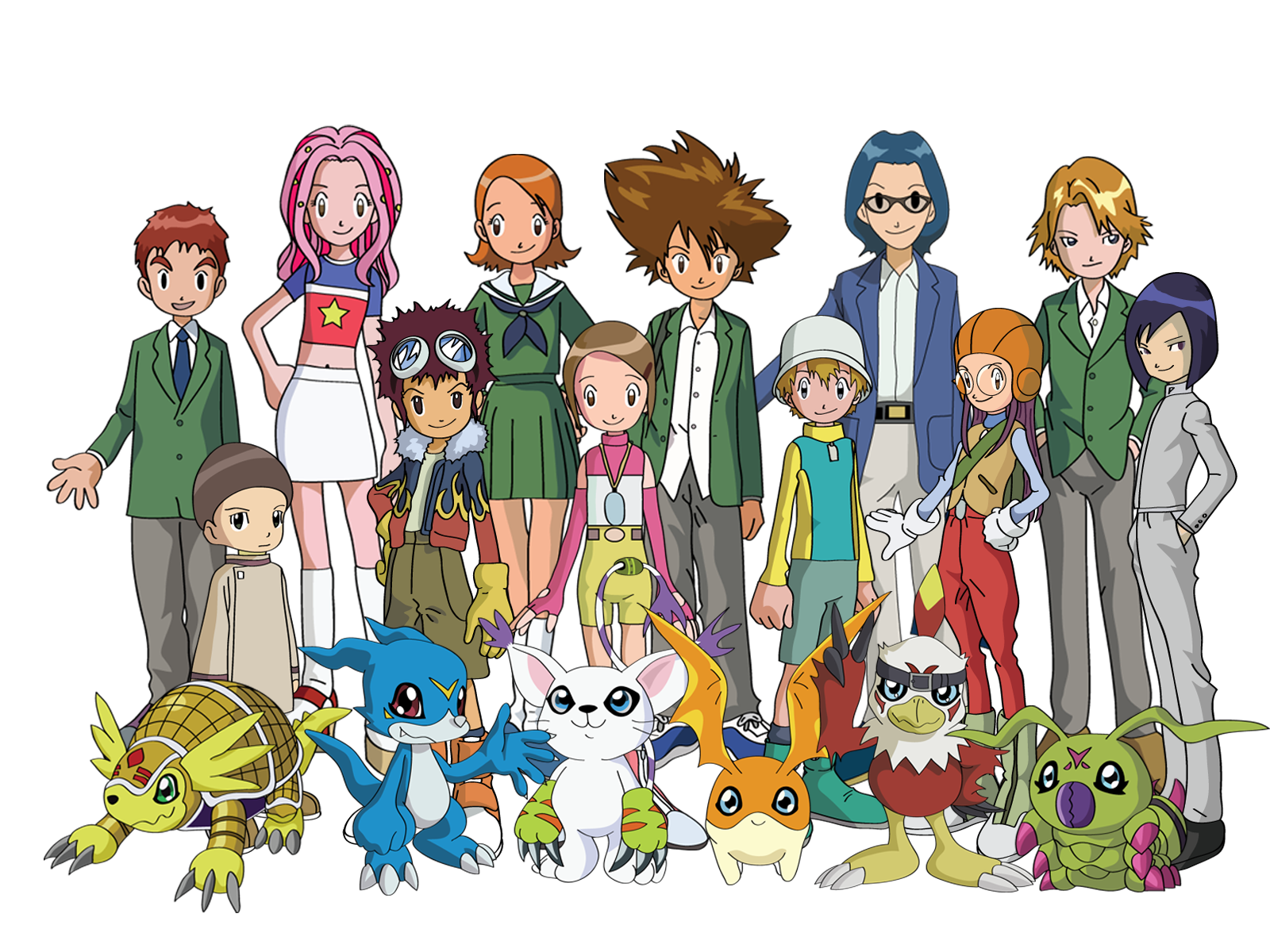 After having my nostalgia glasses shattered at the hands of time and old favorites not necessarily being able to stand it’s grueling test, I decided that I would give it another shot. After the first marathon of Digimon binge watching, I figured why not give the second season a go. As always, this is a spoiler zone so be warned if this 15 year old information has somehow escaped you for this long, you will be spoiled if you continue to read.

The plotline of Digimon Adventure 02 was drastically different from the very beginning. New Digidestined are summoned by the Digital World but instead of some dark menace like Devimon in their way, there’s another human who starts as the series’ premier antagonist. He refers to himself as the Digimon Emperor and rules the Digital World with an iron fist. With help from dark rings, dark spirals, and control spires, the Digimon Emperor is successfully able to control Digimon and suppress natural Digivolution so that any so called heroes won’t soil his plans. This plan at face value sounds very strong until of course the new Digidestined, Davis, Cody, and Yolei, along with some assistance from Kari and T.K. awaken the power of Armor Digivolution which is able to circumvent the suppressive powers of the control spires. Along the way, Agumon gets tormented pretty relentlessly in the Digimon Emperor’s thirst for power but the heroes constantly get more and more progress in restoring the Digital World. The climax of the first arc culminates when the Digimon Emperor creates Chimeramon which is an amalgamation of some familiar Digimon parts that easily handles the heroes. Davis’ partner, Veemon, is bestowed with the Digiegg of Miracles, digivolves to Magnamon and defeats Chimeramon after the Digimon Emperor’s partner, Wormmon, sacrifices himself and sends Magnamon his remaining energy.

After this final defeat, the Digimon Emperor, who was the child prodigy Ken Ichijouji, runs away from home to mourn the loss of Wormmon. It is revealed that he is also a Digidestined child that was led astray in his attempts to bring the Digital World to its knees. There are still dark rings and control spires in the Digital World so the other kids go around and destroy them with no real direction, which is fine because T.K. and Kari realize this and know that something has to be coming soon. The Digidestined kids eventually forgive Ken and he joins forces with them but they are met with Arukenimon and Mummymon who have taken over Ken’s old task of destroying the Digital World. Arukenimon is able to turn control spires into ultimate Digimon. Without the help of armor digivolution and only being able to digivolve to the champion level, the Digidestined are in a bit of a bind. The champion level Digimon DNA Digivolve and combine with each other (Stingmon and ExVeemon, Angemon and Ankylomon, and Gatomon and Aquilamon) to reach the ultimate level. The new evil reveals that they are trying to destroy the Destiny Stones to bring forth massive imbalance in the Digital World but the Digidestined prove to be too much for our new adversaries. In her frustration, Arukenimon combines 100 control spires to create Black WarGreymon. He easily dispatches the DNA Digimon but refuses to deal the final blow.

Black WarGreymon is a being with a tormented spirit who simply wants to know his purpose for existence. With no leads, he goes around smashing the Destiny Stones without knowing the what will really happen but having a feeling that he will get his answer if he destroys them all. He eventually sees the visage of Azulongmon in the third Destiny Stone and decides his fate is to fight him. Azulongmon reveals that the control spires that compose him are what is sealing his power and refuses to fight Black WarGreymon. This arc culminates with the revealing of Ochikawa who was possessed by Myotismon after his death. The Digidestined eventually overcome MaloMyotismon and restore peace to the Digital World.

This is one area that you will notice is an obvious step up from the last season. Instead of having 7 and then 8 children and Digimon, the squad starts as a strong 5 (including T.K. and Kari who are chosen for the second time) and the eventual 6th child this time around happens to be the antagonist for the first arc of the season. Even though it doesn’t seem like a huge drop down in numbers, you also have to factor in the Digimon as being standalone characters as well. Throughout the season we get to see the individual children settle into their personalities which is what should’ve been done with the first season and the respective crests in my opinion. In addition to that, we get to see Black WarGreymon’s folly as he struggles with his sense of identity.

Before that even, don’t forget that the series jumps off with a crazed teenager making Digimon all across the Digital world his servants and still being a genius soccer ace child prodigy as well.

This is definitely the weak point of these series. The style itself is fantastic, it’s a sort of parallel to the real world where children look like children and monsters look like monsters without looking overly cartoony like Pokemon or a series like that. This series, along with many other iterations of Digimon, take a shotgun to the foot with some of the repetitive scenes. They still never solved how to have a fluid battle, instead it’s usually high level Digimon talking to each other in a similar fashion to Dragon Ball Z and recycled attack and digivolution animations mixed in. Not only that but they love to end some episodes with a string of digivolution scenes and nothing else after. I’m absolutely baffled at how my boy self put up with such bullshit.

Though the repetitive digivolution and attack scenes are very repetitive, that’s the only bad part about the structure of the animation itself and that’s more of a technical thing than an actual are thing. Flamedramon’s “Fire Rockets” still look really cool, he just only used them in one way the entire run of the show.

This is a spoiler zone but without going too much into that zone, the plot here is really good I think. Season 1 took a bunch of kids and made them wander through an alien world in a very boring fashion. From the start of the show, this season let you know that there is a very fine line between the human and digital world and they blurred it the entire time from Ken and his alter ego the Digimon Emperor, to Arukenimon creating Black WarGreymon and watching his rampage have effects on the real world, to Myotismon possessing a human adult to try to get his evil plans to fruition.

The plot was definitely the strong point of the series and showed that this series is the strongest when the relationship between the real and digital world is pushed to it’s limit.

Though the pacing wasn’t the best and the middle school drama was a bit much at times, this series was a welcoming upgrade from season 1. Fewer characters and a larger focus on the human world did this series a ton of favors and actually makes you think sometimes instead of everything being so black and white.

Even with the slower than average ramp time and the repetitive animations, the plot carries this series and I would definitely give it a watch regardless. The dialogue is really good with some childish jokes intertwined within since they are middle schoolers along with the emotional connection being a bit stronger since the characters have a lot more time to develop due to there being less of them.