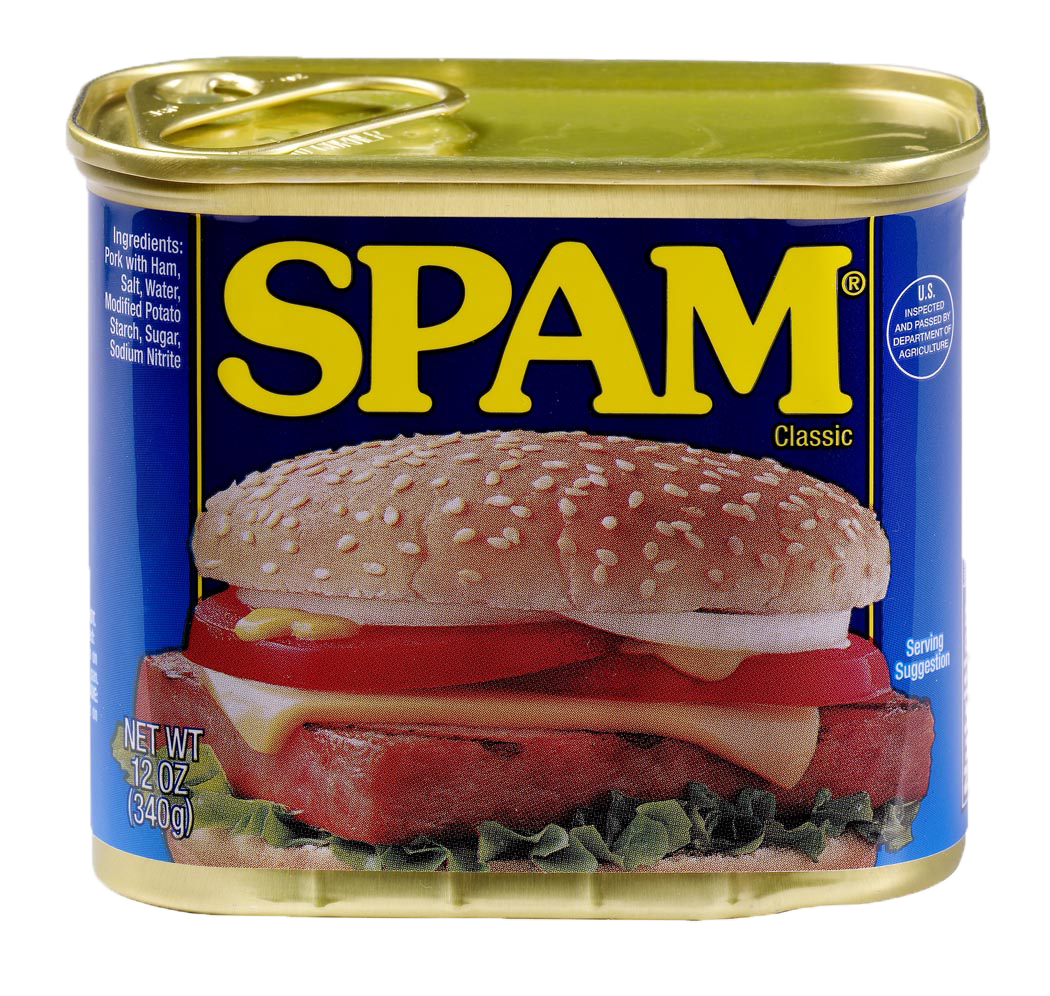 I was helping my friend, John (who happens to blog here, in case you were wondering!), move from Texas to Tennessee, and one of the things he was moving was a huge block of Spam. Now, I love Monty Python, and I love this sketch:

But here’s the thing: I had never had Spam… UNTIL NOW.

So I’m gonna review it on four criteria that I just made up! Is it worth it?

The Spam I had was for breakfast, featuring herb-infused toast, over-easy eggs, baked beans (because Monty Python), and Spam. It was a pretty hearty breakfast meal, and at the end, I had a nice refreshing glass of milk.

I gotta say though, Spam itself is ugly as hell. It’s just this block of ham or something. I can’t recommend its looks at all. Perhaps it needs to be dressed up, with a nice, edible Versace suit. Then, it’ll look dapper as you chow into its porky goodness.

The presentation of Spam is poor. I give the Presentation a 3 out of 10.

But seriously, Spam has a robust and full smell, rather than bacon, which seems sharper and pungent. It’s a great smell. I give the Aroma an 8 out of 10.

It’s very firm pork. It doesn’t bow down to you, it just stays there and says, “No, you shan’t tame me, heathen.” It’s kinda overkill, though. I wish it were a little more tender. The Makeup is gonna be a 6 out of 10.

After all those S.P.A.M. markings, let’s look at the most important thing: The Taste.

Well. It’s really salty. I can’t believe how salty it is. On its own, I don’t think Spam is edible. But man, when I combined the eggs (yolk especially), the baked beans, and the Spam, then it was something to behold. The baked beans took away some of that overpowering saltiness (and I wasn’t even losing a match in League! Editor’s Note: This is gratuitous as hell.), countering with a refreshing sweetness. The egg yolk added a nice balance to the whole thing. All combined, it was a very balanced taste.

In the end, my verdict is clear: If you’re gonna have Spam, don’t listen to Monty Python and have a bunch of Spam by itself, pair it with some nice unsalty stuff.