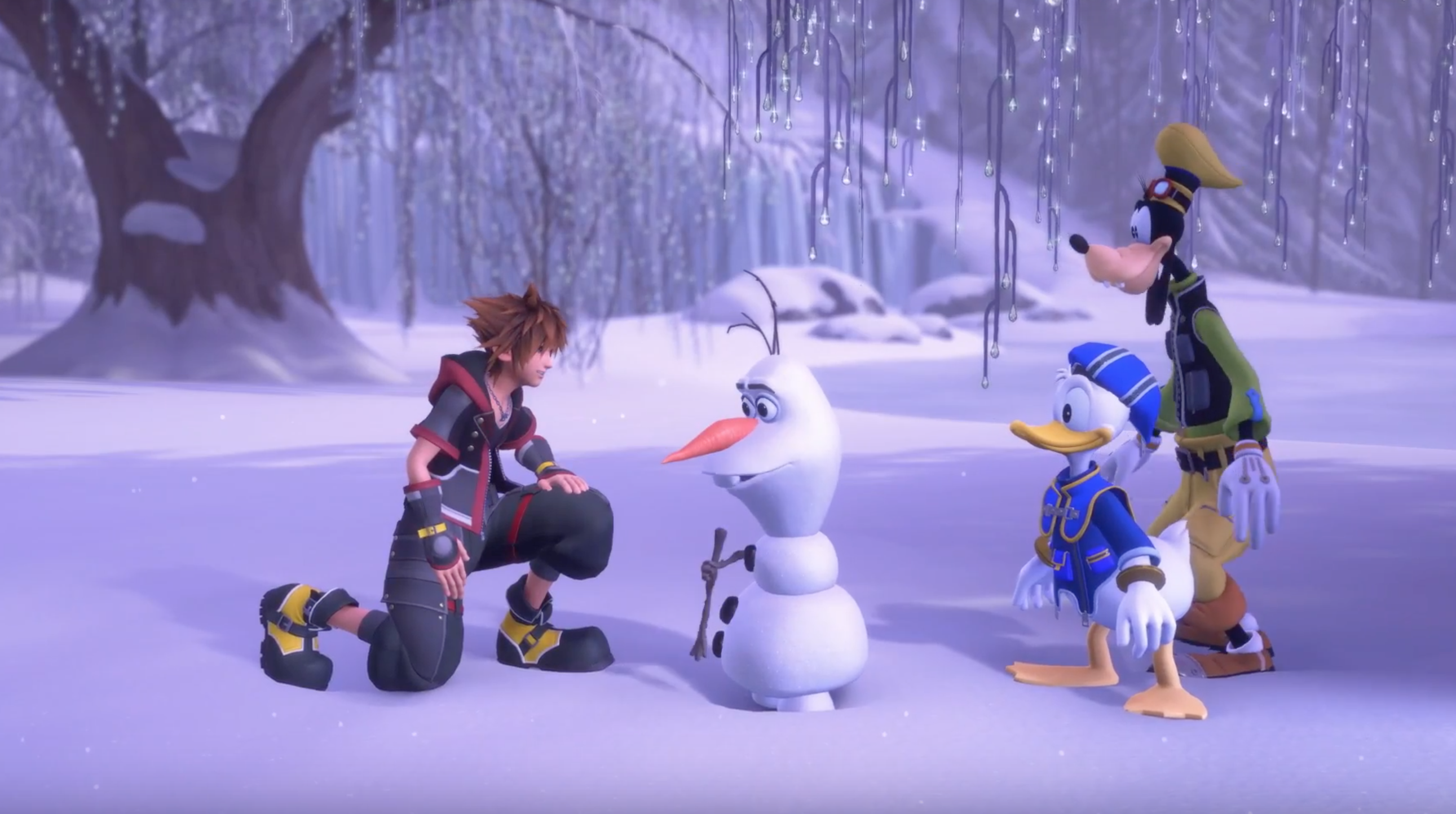 Before the conferences were even underway Square-Enix let loose the long awaited Kingdom Hearts 3 release date…in the middle of the night…to no one’s surprise. Oddly enough, Microsoft was the first to deliver some new footage, revealing that the third mainline title in the franchise will bring us to the world of Frozen. I was super excited, albeit a little confused that I was witnessing this for the first time during an Xbox conference. Now that the Square-Enix showcase has arrived, the hype is in full effect for me.

Whether it was from the b-roll of familiar faces, or the emotionally impactful third theme song from Utada Hikaru, my heartstrings immediately started flexing. Knowing that there is an end to this long road that KH fans have been traveling on is causing more anticipation than I think I can handle this year. In terms of clarity, Square-Enix is still leaving us stranded at sea, but this isn’t exactly out of character.

The remainder of the Square-Enix showcase had a few interesting announcements, including the first westernized footage of Dragon Quest XI and a firm trailer for Octopath Traveler, which will be released next month. Now I just need to stifle my excitement while I wait patiently for the mastermind, Hideo Kojima, to grace us with his presence later today! Happy E3!