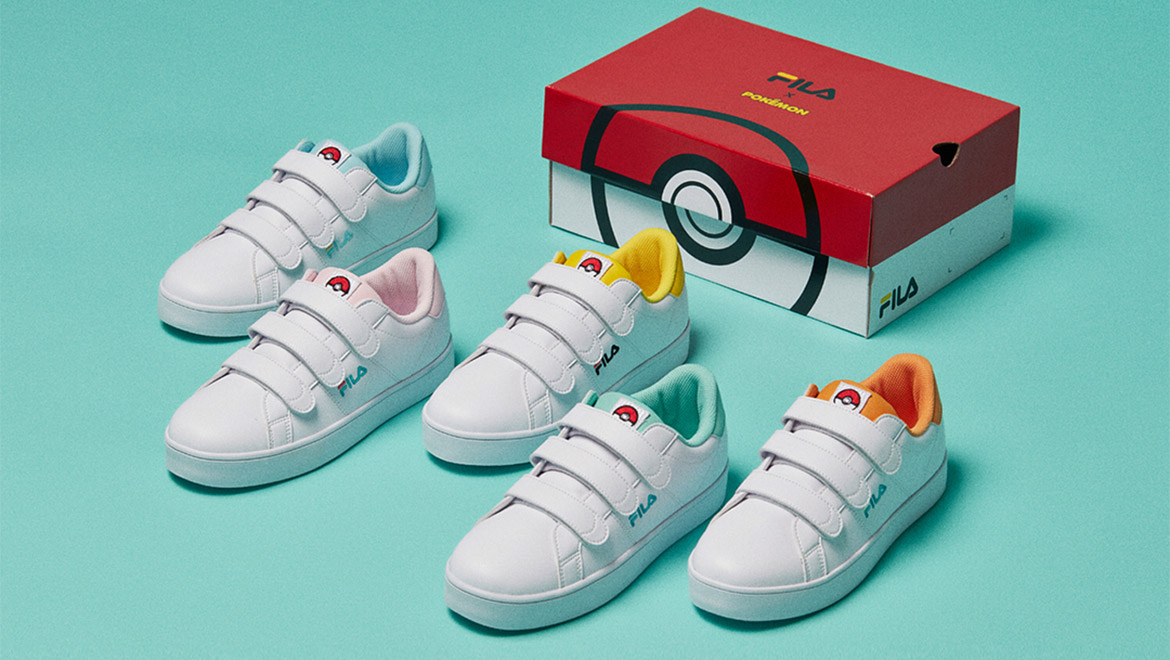 These Pokemon FILAs Won’t Make You Look Like a Dweeb

John put the resident Pokemon master on these shoes the other day. Pokemon and FILA have teamed up once again to bring us a nice combination of nerdiness and fashion, something that is tough to balance in general. The shoes themselves are mostly white with triple velcro straps along with some accents that embody five of the most popular Pokemon. Charmander has orange as it’s secondary color along with the flame accents. Squirtle comes through with a cool baby blue secondary color and it’s water icon on the back. Bulbasaur is granted light green as its secondary color with grass and poison emblem accents. Jigglypuff also makes an appearance with pink as it’s secondary color along with normal and it’s retconned fairy type as it’s accents. Pikachu also has a a pair being the flagship character. Pikachu’s shoes come with an electric yellow secondary color and a Pikachu face on the back of the shoe as an accent in contrast to the other kicks that have the Pokemon types. All of the shoes have a Pokeball logo on the tongue of the shoes. 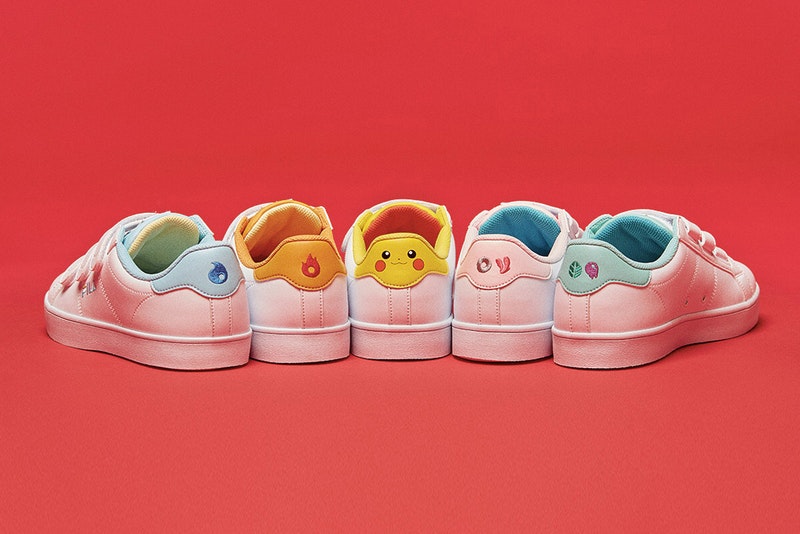 Overall I think these shoes are a very solid pick. The white leather looks really slick and velcro isn’t actually for old people anymore. The low cut footholes are also very versatile and can be easily matched with some slim jeans or shorts that accent the pastel secondary colors. In ym opinion, the Pikachu pair is the only one that looks particularly corny. My nephew would probably like them but I can’t say they would vibe with me that well. The pastel colors are perfect for springtime which further cements some pairings with some nice shorts on a hot day on a patio or out and about. I think I can make a safe assumption that the shoes themselves are comfortable and the structure should provide some prettygood resistance to creasing in the toes.

The only downside here is that these kicks will only be available in South Korea with any sort of domestication stateside incredibly unlikely. If you manage to navigate some Korean retailers, scoop a pair up. These are already on the radar of Hypebeast so if you get a chance to grab them, you might want to do it sooner rather than later, otherwise the sneakerheads will undoubtedly scoop them all up.

All images from FILA