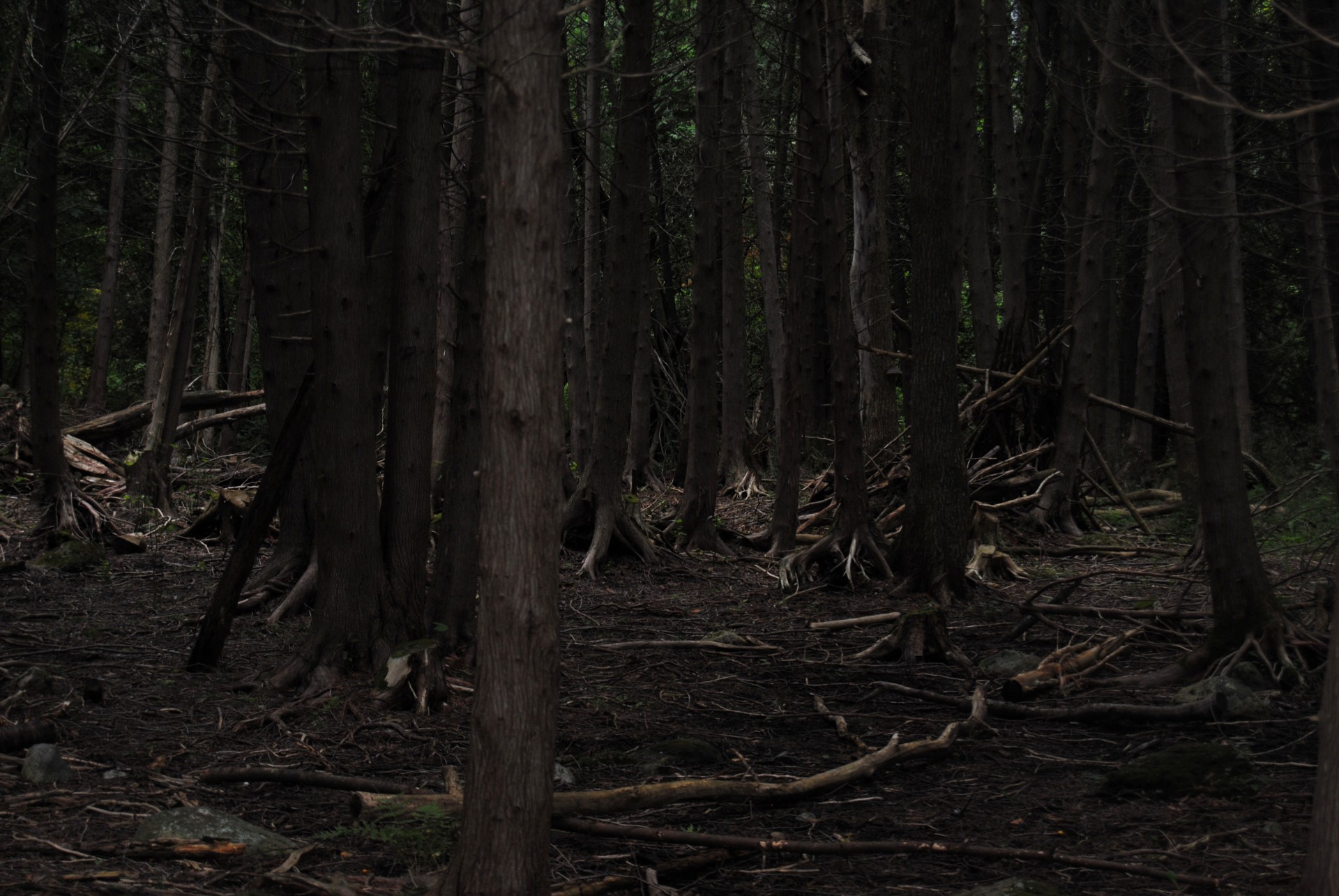 I finished watching Dark this week, and I thought it was fantastic. The ending could use some work, but that’s why season two exists. Anyway, I’ve been thinking a lot about time travel. If any of the NA LCS teams could use time travel to go back in time, what would they do? Which teams would want that? Obviously, this time loop only goes from now to the beginning of the season, and not thirty-three years, but that’s fine ‘cuz this is my show. I produce and direct this shiz.

Optic Gaming might want to choose a different support over LemonNation. Poor guy is the worst starting support right now.

CLG might want to keep Aphromoo. He’s kinda worth it, even after last week’s 0-2.

I’ll keep on thinking of these as the season goes on. Maybe we’ll get to grade a trade the same way at some point!

Dang, if only I had looked at that GGS – 100 tilt last week. I would have been great.

Ooof. How is OPT favored here? Oh right, because two wins is greater than one. This is a putrid matchup to start the week. I don’t even want to talk about it. I was going to say GGS for that sweet no-one-has-the-weakest-record-in-the-LCS-alone mojo, but Power of Evil… So OPT it is.
– mandersxii

Huh, I have the first three matches again this week. Neat.

If I were someone who bet C9 games (and I don’t, I’m too much of a fan.), I would not take C9. For some reason, I’m still convinced that TSM will win this split. Does it start with a victory here? I think so. By the way, I’m totally fine with picking C9 wrong just so I can get my boys a victory. With that jinx out of the way (haha, get it?), I’ll say TSM gets this win and starts to make a move toward the top of the standings.
– mandersxii

Yeah, this is another boring matchup. Yawn. Give me CG because at least their lineup is stable. I’ll talk a little instead about how much I miss FLY’s jerseys from last year. That yellow and gold really popped. Great jerseys. That green just doesn’t mesh at all with the gold. I get that they have some Milwaukee Bucks’ money in them, but it’s just ugly. Hopefully they correct this by the end of this split.
– mandersxii

Well here we go baby, it’s the second match of week five and we have two teams seemingly going in opposite directions. After the initial hype around 100Thieves, they have fallen back to Earth after going 0-2 last week with an embarrassing loss to GGS. On the contrary, Dardoch and the Echo Fox Blob Squad are rolling and showing no signs of slowing down! However, Echo Fox has been known to play favorable matchups a little bit shaky, so this one could be close. I’m interested to see if a team will finally take Zac away from Dardoch because the dude is 5-0 on him. It’s getting close to Huhi-Aurelion Sol level at this point honestly. After last week I can’t in good faith pick 100Thieves to win this game though. I think they drop their third straight and Echo Fox keeps the train rolling. Huni Vs. Ssumday should be fun to watch, but keep your eyes on the young blood in the jungle vs. the seasoned vet.
-TheStormSurge

Liquid and CLG, the battle of the meme. CLG is doing okay, I guess. Not top 3 like they rightfully should be, but they did beat Optic right? Wait, they didn’t. Oh wow, so both of these teams are at an all season low coming off a 0-2 week with a lot at stake. CLG decided to give up their godlike support and shotcaller and have been struggling ever since. Meanwhile Team Liquid is fighting to avoid an eternity of memehood. I’m giving this match to Team Liquid. Though both teams were 0-2 last week, Team Liquid lost to the two teams that are now tied for first and were previously tied for first before falling victim to a win column goose egg last week. I swear I’ll stop saying goose egg soon enough.

HAIKU OF THE WEEK

Nearly halfway done
Who is the next to falter?
I hope not C9

Am I really talking about them again? I called TSM last week and I’m calling them again this week. This super safe meta is very reminiscent of the support mid meta with Bjergsen trying to carry on Lulu and pre-rework Soraka (who was actually kinda broken mid at the time due to a few factors) and it just didn’t happen. Stopwatches, tank jungles, and GP + Vlad pressing Q for 50 fucking minutes before actually doing anything doesn’t do TSM favors. They lost last week because instead of smacking the shit out of their opponents and taking towers, they let the game drag on until their gigantic gold lead was still gigantic but a non-factor due to how long the game had progressed. In spite of Clutch Gaming’s record, Febiven has been absolutely on point all season with the third most kills of mid laners in NA and tied for least deaths in NA with the least number of assists (aside from Keane who sat out last week). This means he’s putting Clutch Gaming and Clutch City on his back during the late game to crawl to the playoffs. Though Febiven does impress me, I’m looking for TSM to have downloaded them and take an easy win this week.
– Flyamese Cat

The Aphromoo Rematch 2.0! The first time these two teams met I was fired up for it. Then Aphromoo steamrolled his old ADC and the hype was gone. Both teams should be riding three games losing streaks going into this game, so it is hard to get excited for this one. Both teams have shown flashes of brilliance this season but  at other times also look like they don’t even know what game they are playing. I don’t know what to make of either one because well, I don’t think they know what they are either, and that is a scary thing when a team doesn’t have an identity. Well here’s two of them that don’t, it’s frightening, not for us the viewers but for the players that sit there and scratch their heads thinking where did we go wrong? This is a total toss up to me because I don’t know what 100Thieves or what CLG team will show up. However, I see an angry as hell CLG team walking into this one and returning the favor that Aphromoo gave them the first go round. Big game from Huhi coming on this one.
– TheStormSurge

Oof. Double FLY is like double Potions with the Slytherins. Just an absolute pain in the butt. What makes it worse is that I have double OPT too. Is that like double potions with the Slytherins followed by double Divination? It doesn’t matter, I’ve talked enough about both these squads above. Let’s just say I believe in the Power of Love Evil for this matchup over anything FLY can bring.
-mandersxii

MATCH. OF. THE. MUTHA. FUCKIN. SPLIT.

That’s right I said it. Not week, not month, SPLIT! These are the first and second place teams going into this week. (Yes, I am aware the record is the same but Fox won the head to head) Now with that being said, both teams still should only have one loss going into this game (Assuming C9 doesn’t lose to a reeling TSM). HOWEVER! Like I said match of the split, and I’ll tell you why, this is for first, and this is the final time these two teams will play one another until the playoffs since both are essentially a lock unless a damn catastrophe happens. To me there are two contenders in the NA LCS right now and eight other pretenders, well here we go, how does this unfold? As I look at the lane matchups I have to give the mid lane advantage to Jensen and C9, because while Jensen might be losing his hair, he is still a monster. Dive down to bot and I’m torn because Altec and Adrian are playing so well, but it is hard to play against Sneaky and Smoothie, so I’ll go slight advantage there. Then flip it to the top lane, advantage Echo fox. Huni has shown that even when people shit on him and camp him, it does not simply matter because he grinds it out to late and is a shot calling badass. His impact is much more noticeable than that of Licorice who he should handle easily in my opinion. IZ HUNI TIME BABY! Then we turn to the jungle where Dardoch and Svenskeren are arguably both having their best splits ever. Svenskeren is playing on such a high level that it has gotten C9 to where they are right now and Dardoch is out of his mind. This is where the game is going to be decided. Who is going to be the jungler that takes this game over and absolutely punishes the other team for it? Easy answer: Dardoch. Until someone or some team shows me that they can stop this kid I am not going to pick against him. People shit on him for his first two years of being in the LCS and this is a badddddd man who is on a mission to prove all the doubters wrong and run over anyone in his path. Echo Fox wins this in a very, very close game.
– TheStormSurge

You know what, this one time I went to the casino because I am a betting man. I main Blackjack and Craps because they are the fastest games around despite Roulette being the only game that you can technically get an advantage in (51% but still better odds than the house which is unique). I was already up an absurd amount of money that I won’t disclose and before cashing out, some guy was about to use his come out roll with his new wife next to him. I shrugged and said “fuck it” to myself, grabbed $100 chip by complete mistake because I was too drunk to tell the difference between numbers and colors and called for a “yo” bet. My man hit the yo which pays 15 to 1. I gave him a $100 tip and ran home as giddy as a puppy in a loving home. Moral of the story, Hai has found himself and will overcome Team Liquid so that they don’t get their hopes up too high (Hai).
– Flyamese Cat

SHAKESPEAREAN INSULT OF THE WEEK

“O, he is as tedious as a tired horse, a railing wife; worse than a smoky house.”

Basically, every time I try to bet against Echo Fox, I lose, and that’s making me really not want to bet for or against them anymore.

Have a great week. Enjoy the matches.